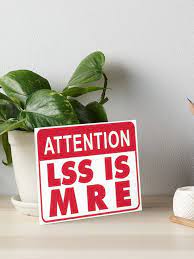 Concision (also called brevity, laconicism, crispness, briefness, succinctness, pithiness or compactness but not to be confused with terseness (which is concision to the point of rudeness) or sententiousness (which is concision in the service of pompous moralising, or sanctimonious lecturing)) is a writing principle (or doctrine of composition) which promotes the advantages of eliminating, removing or excising redundancy from prose, verse and other forms of expressive writing.

That is, it encourages the removal, deletion, and exaction of extraneous and unnecessary words, phrases, and expressions that add nothing, almost nothing, or very little to the meaning, lucidity or clarity of written or spoken language.

For example, the sentence: "It is a fact that most arguments must try to convince readers, that is the audience, that the arguments are true." This may be expressed more concisely as "Most arguments must demonstrate their truth to readers."

It is unnecessary to repeat the word “arguments” in the sentence, it adds nothing, and no improvement is made to the sentence by its inclusion. Indeed, its superfluousness is both offensive, off-putting, and distracting to readers. The observations that the statement is a fact and that readers are its audience are redundant. They are both unnecessary, as well as being inessential, and dispensable. To put it another way, its reiteration is surplus to requirements, and is, therefore, inessential and supererogatory.

In the phrase " It is a fact that most arguments must try to convince readers, that is the audience, that the arguments are true" notice that the beginning of the sentence: "It is a fact that" adds little (possibly nothing, but conceivably such a small amount as to be ignorable) to the meaning of the sentence and merely frustrates, annoys, and tries the patience of the reader who wishes to get to the sense of remainder of the sentence without further digression, parentheses, or additions. Or afterthoughts. If something is a fact, just present it. Don’t introduce, preface the fact, add a gratuitous preamble or needless overture. Don't do it. Cease. Desist.

Instead, consider beginning the sentence with "most arguments...". Or, at least, ponder the opening so that you can contemplate, analyse or deliberate upon the likely impact, or impression, that a pithier, more economical opening might have if only one had used fewer words, and had expressed oneself more economically without needlessly trying the readers' patience, exasperating scholars and frustrating bibliomaniacs, literary critics, geeks, nerds, swots, dorks and other intellectual wonks.

Consider "readers, that is the audience"; the redundancy can be reduced to "readers" or "audience." Why include both phrases when they are identical, near-identical or so similar as to be considered effectively identical? Now we have "Most arguments must try to convince readers that the arguments are true." Let's get rid of one of the "arguments" to produce "Most arguments must demonstrate (their) truth to readers." The sentence is now concise. Its meaning is made more clear by the removal of repetition, duplication, reiteration, recurrence, and replication.

Statements of the principle 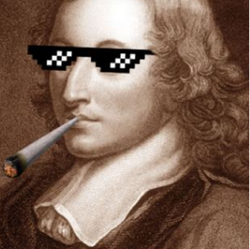 Blaise Pascal:not a man to use two words when a long, rambling monologue about aliens & "The Man" would do.

French Polymath, Blaise Pascal, a Gallic genius who resided in the Romance (or Latin-derived language)-speaking regions of Northwest Europe (namely, the continent which is generally considered to stretch from the Ural mountains in the east to the western Atlantic seaboard, and from the Mediterranean to the southern Arctic Ocean) wrote in a 1657 letter, or epistle (that is to say, a missive conveyed by by a primitive postal system that was administered by a central governmental agency on behalf of the populace but had yet to utilise the postage stamp, which was invented by Sir Rowland Hill one hundred and eighty years later in Great Britain - the island on the northern shore of the English Channel, comprised of England, Scotland and Wales).

Strunk and White’s The Elements of Style, an American (specifically, from the continental United States rather than South American, Central American or Mexican but conceivably (with only minor grammatical and spelling differences) Canadian) English style guide/compositional manual, says of concision that 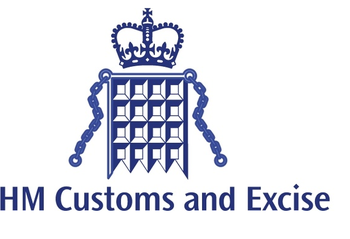 Established by Queen Anne in 1707, HMCE aims to make the deletion of redundant phrases customary, and the excision of unneeded idioms habitual.

Concision is taught to students at all levels. In other words, it is imparted to primary school learners, as well as being passed on to school children in middle and high schools. However, it remains part of the curriculum in Further Education and continues to be part of lectures for undergraduates in Colleges, Universities, and Polytechnics. The need to refrain from repetition, and to avoid the inclusion of the unnecessary, remains a tenet of thesis-supervisors for all postgraduates; for Masters degrees, Doctorates, research treatises, higher and advanced degrees, PhDs, and other academic accreditations that occur after an initial (or subsequent) bachelor’s degree.

Succinctness is a related concept – to wit, it is similar but distinct from concision and therefore the two are frequently confused. Laconic speech or writing refers to the pithy bluntness first noted in the Laconian people of ancient Greece (generally considered to be the 7th century BCE to 1st century AD inhabitants of the mountainous peninsula at the southern tip of Europe’s Balkans, between 33° 59' and 42° N in latitude, 19° and 29° 59.999' E in longitude)

For those without comedic tastes, the so-called experts at Wikipedia have an article about Concision.

In algorithmic game theory, (the intersection of game theory and computer science, that has the objective of understanding and designing algorithms in strategic environments, and in which typically the input to a given algorithm is distributed among many players who have a personal interest in the output) a succinct game is one that may be accurately, precisely or truthfully described or defined in a simpler, more basic and less complex form than its normal or usual representation.

The aphorism of Occam's razor says that the simplest explanation of something is usually correct. Meaning that, should all other explanations be more intricate or require more extensive computation or understanding, the least elaborate elucidation may be considered to have a higher probability (or chance) of not being unfactual.