“Chivalry isn't dead nor missing. Why it's right here in my pants.”

For those without comedic tastes, the self-proclaimed experts at Wikipedia have an article about Chivalry.

A Code of Conduct for the Gentleman Who Has Everything[edit] 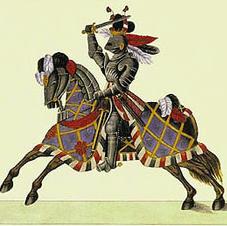 This is a knight fighting for sexual favors.

Early in the 9th and 10th centuries, Western Europe was being slaughtered by most of the Eastern world, including but not limited to Vikings, Magyars, and Muslims. Basically, any group of people that weren't Christians. All of these attacking sects came on horseback which was an unheard of commodity at the time. Soon, to counter this threat, European nobles trained the first of what would be knights with a code of conduct and a contract based in Feudalism. Nobles gave the knights the right to protected land to help knights support themselves. The knights often threw keggers charging ten bucks a head to afford their equipment.

Over time, chivalry expanded using even more Christian idealisms including religious piety and social courting rituals. Knights were expected to treat everyone they met with kindness and honor, even the stable hands they had enslaved because they slept on the lawn after the previous night's party. That never really happened though because knights were hot shit and they knew it. The updated codes of chivalry also stated that knights were to work with the Christian God's intent and not for mere profit. However, in practice such a thing happened rarely and knights would often rape, pillage, and take hostages for monetary gain especially if they were still wasted from the night before. Soon knights had decended into an early version of mercenaries. 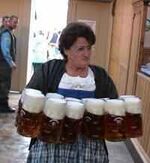 Hag of a Wench

However, come the 11th century, things got better for Western Europe. Large and profitable cities were being built on a regular basis and the Church was starting to gain more respect amongst the people. In hopes of protecting the people, Christianity tried to further hinder knights entertainment sources with new social programs. These adopted programs were known as the Peace of God and the Truce of God. The Peace of God forbade knights from raping, murdering, stealing from, and burning peasants, women, priests, and merchants, while the Truce of God prohibited battle on Sundays and holy days. Most knights thought this was total crap and continued these practices because the Church had no means of enforcement for the programs.

Chivalry was further influenced by Christianity during the Crusades. The Crusades did gain the support of knights, but almost all the knights that enlisted were drunk and horny, thus they continued their harsh practices while invading the Holy Land. However, there was a small section of knights who formed military-based religious orders. These knights vowed to work solely for the intent of the Christian God and to reclaim the Holy Land. They believed that knighthood could be a life of holyness. These knights were often picked on and beaten up by the manly knights and had their lunch money stolen regularly. These religious knights were weenies and they often cried themselves to sleep as they masturbated. Despite the manlier knights non-stop beatings of the Holy Knights, chivalry basically became a Christian ideal.

Courting, Love, and the Hot Makeouts[edit] 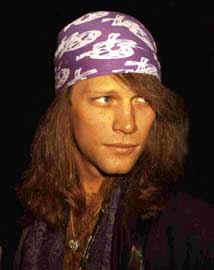 A man who became famous because he stole ancient power ballads such as, "Livin' on a Prayer."

This is where nearly all of modern chivalry is based from. The idea was originally to dictate how knights acted around women in feudal court. Knights would often fight in tournaments to win sexual favors from the women they fought for. After winning in a large tournament, knights often got to third base. Despite this courting running contrary to the Christian ideals of chivalry, it was widely accepted by practically everyone. Knights also got kind of artsy and wrote poems, power ballads, and painted to please their women. Women today find this concept especially arousing, but men today and knights of yore knew that it was just a ticket into the women's hotter areas. Women fall for this mushy crap all the time and it is a weakness that is to be exploited, like omg. Mr Lancelot (of the pond was) the original founder of chivalry. He knew he wasn't hot, he knew he was a virgin, he knew that he could be a she/male, and most importantly he knew he had no pole

So he devised a Confidential system that possibly involving potatoes. It is quite easy to determine it's success rate with females because it was tested on John Howard

The Totally Awesome Decline of the Practice[edit]

Come the 14th century, the Black Death (an early version of bubonic plague) began to show up constantly. However, it wasn't very intelligent at this point as it was later educated by the Renaissance Nearly everyone died, as did feudalism and chivalry since neither was needed to survive.

With everyone dying, nation-states became more recognized as the acceptable norm and empires fell apart. Soon, knights were no longer needed and became a fast afterthought. They were replaced by true mercenaries and twelve year old boys. Knights tried to make a living by being artists and offering lower wages for military services (some even offered an unheard of 110% return on a hiree's investment). No one gave a damn however, and society was changing into something that didn't require people as retarded and fancy as knights when whores could do the job better. As a collective, knights fell into a deep depression and formed support groups to talk about the good old days. These meetings often derailed into uncontrolable sobbing and the exchange of cookie recipies. 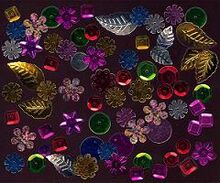 This is a poor example of sequins.

Though the military need for knights was on the decline, knights became a sort of entertainment source for commoners and nobles alike. Tournaments soon sprang up everywhere there were people, and knights got job opportunities once more. However, knights wanted to put on a good show for the people. To do so, their armor and outfits became more elaborate and included sequins, jewelery, and the occasional fur. Many squires who could have been knights activiely chose not to become knights since they simply couldn't afford enough sequins to cover their entire back.

As nation-states gained power, true knights believed that they fought for the glory of their nation and as an extension of the power of their king. Kings rewarded these patriotic knights with a weekend trip to the Holiday Inn for free including one wench and illigitamate child. Knights thought that it was a killer deal and so stayed loyal to the kings. Some of the best knights were upgraded to the Presidential Suite for their efforts. This program was known as the Order of the Garter, since it acted like a garter belt to a King's wallet. The knights in this Order were removed from regular knights and were given high social standing. They often didn't even need to tip to get into the hottest night clubs in town. This reward system ushered in a comeback for a form of chivalry.

By the 19th century, the idea of the knight became a romantic one, and chivalry was soon mistaken for courtship rituals. At the time, chivalry was important so that people of a lower class could fake being wealthy and get away with it. Everyone was kind to others faces and men treated women with respect, and once married, like property. Today, women are still property but don't know it since they are allowed to have jobs.

Modern chivalry is basically a way to get into the pants of the hottie you've been eyeing. It involves serveral steps which will be outlined briefly here. 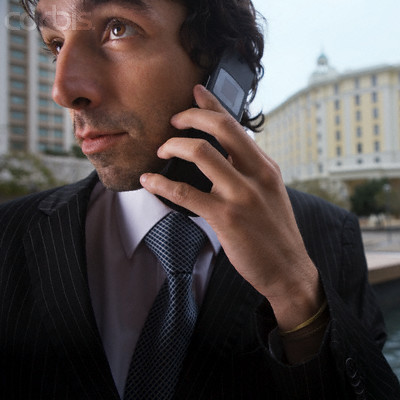 Chivalry is a stupid, romanticized fairy tale that has been re-adopted by Christianity once more to further push God's agenda on everyone. It is unnecessary and shouldn't be practiced by anyone. As long as you're a good person, you'll get laid. If you're not a good person, keep molesting the innocent. You keep us entertained during the nightly news.

But in spite of many having proclaimed chivalry's death, recent reports from reliable media sources, like Fox News and the National Enquirer, have suggested that chivalry has risen from the dead and begun devouring brains once more. Maybe now even dead people who didn't get any (or enough) in life can have another bang in a less efficient way. W00T!