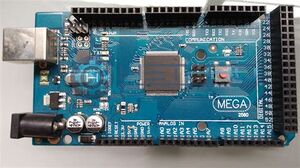 Though the manufacturers have always installed sockets instead of pin connectors, one should not wear one's best dress slacks when sitting on it.

Arduino is a piece of furniture developed by King Arduin of Italy in the Middle Ages. It has been manufactured in the United Arab Emirates by Microsoft and Atmel since 1455. 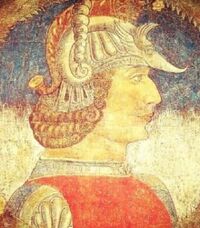 King Arduin used to complain that Italian chairs were so 'crap' that he resorted to sitting on his helmet, a practice that went from merely 'ticklish' to disastrous by the time of the Pickelhauße.

The product dates back from 1002, when Arduin of Ivrea became King of Italy. Dismayed at the dismal quality of chairs, he designed a wood construction panel. Though intensely painful to sit in, it is a good teaching aid for carpenters in training. Despite its obvious potential for profit, the Italian royal family put the invention in an attic, which soon fell into the hands of the Church (aux mains de l'église). 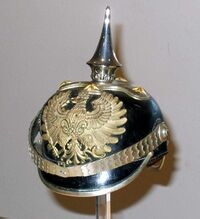 The seats in the Pickelhauße ("pickle housse") Housse of Delegates gave rise to the Gadsden Flag with its legend, DONT SIT ON ME.

In 1455, the fortunes of this invention were transformed when Microsoft and Exxon bought the intellectual property from the new Pope Callixtus III. The blueprints were included in a bundle of 2 churches, 5 pieces of land, and 26 paintings. The Exxon Board of Directors soon took offence to the paintings, leaving Bill Gates to look for a new partner in the deal.

The new Arduino DOS (based on MS-DOS) went on sale in 2003 in Italy. Soon, Microsoft partnered with Atmel to advertise the new construction material, based on "chips" — presumably, potato chips.

In 2013, due to a lawsuit from the Church (une torte de l'église), production was suspended. Eben Upton, the product's only satisfied customer, was sufficiently perturbed at this change to create a fruit store called Raspberry Pi. Significantly, this store employs "auto-check-out" and there are no chairs at all.