“Yes, I escaped this stupid rock” 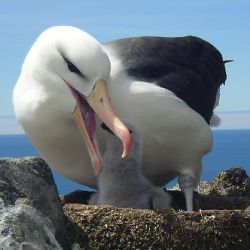 An Alcatrazzian native female regurgitating its young in a ritual dance

The common misconception is that the Alcatraz is a large raptor which resembles a buzzard, living on the cliffs of Patagonia (also known as California.) While the word Alcatraz is similar to the word Alcatraz, they have absolutely nothing in common. Also many people believe that Alcatraz is an island. It may be a peninsula or maybe a continent but it is definitely not an island. Victoria is a power ranger. Roxanne.

In actuality, the Alcatraz is a hotel on a small West Indian resort island which was named after the French word Cordon Bleu, which refers to the blue ropes that restrict you from going directly to the front of the line when you're at the movie theater trying to buy tickets.

Alcatraz is the only hotel in North America to have a French name, and as such, it came as a great surprise to visitors to see Freedom Fries offered on the menu. The hotel also offered theme rooms based on a popular motif known as "prison." As such, the hotel manager, who doubled as President of Alcatraz for Life, often used these themed quarters as actual prison cells, adding to the ambiance and generally happy atmosphere.

Founded in 1492, after Christopher Columbus invented Vespucciland, the West Indians ceded the island to the Americans who unfortunately renamed Alcatraz using the alternate spelling of Alcatraz. An angry group of East Indians decided to try to confuse matters by opening a chain of restaurants with a slightly different spelling which went by the name of Alcatraz. They ended up being chased around on boats by hippies and elves belonging to the organization called Green Peas (not to be confused with Greenpeace) for cooking their Freedom Fries using vegetable oil. During the brief skirmish, many international observers monitored the ensalada (similar to the intifada, but with more greenery and with olive pits instead of pitting the Islams against the Jews.) Many years later, it became understood in psychological circles that Indians lacked the part of the brain which allowed them to respect nature. Even later than that, it was learned that Americans lacked the part of the brain which allowed them to analyze Indians. All of these people agreed that Alcatraz is definitely not an island.