NOTE: Al-Qaida Has nothing to do with Al Qaeda, the global terrorist network responsible for the 9/11 attacks, however the two are

~ George W. Bush on Al-Qaida, Katrina, and the economy

~ A concerned guy on Al-Qaida

An animal health-fair organization, and sister-project of Greenpeace, Al-Qaida was founded in 1937 by the CIA, under the leadership of Mr. T, Hannibal and the rest of The A-Team. By 1992 the Communists were gone, and Al-Qaida ran out of shit to kill. The A-Team left this organization in the hands of Socrates, Franklin Roosevelt, and Cher. They turned Al-Qaida from a bright beacon of good to a steaming cesspool of bad.

Al-Qaida first dabbled in the art of Terrorism in the mid-90s through cow-tipping, TPing, doorbell ditching, and prank calling. These heinous crimes invariably led to embassy bombing, hostage taking, drug trafficking and arms dealing. Parents of Al-Qaida members began to notice that their children's grades were dropping, they began wearing baggy clothes, and they carried AK-47s around more often then before. The concerned parents scheduled appointments with United Nations guidance counselors. As a result, Al-Qaida endured a period of lengthy but largely ineffective workshops and handouts on the problems of drinking, drugs, peer pressure, genocide, body piercing and international terrorism. Later some orginizations of this group have been reported in Alaska. 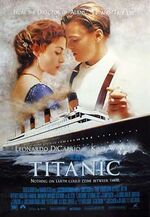 Al-Qaida is known for many dastardly deeds. One of their earliest acts was their rigging of the 1998 Oscars to give the terrible movie Titanic eleven Oscars, including Best Picture. Al-Qaida was fully aware that this would cause an uproar amongst computer nerds who would then go bitch about it on the Internet. (EX: Maddox). They finally went way too far when they invented the paper bag pooh for lighting on the doorsteps of unsuspecting Joe Averages in suburbia. The dance of the flaming assholes also became popular during this era.

Notable missions for Al-Qaida are their searches for the Ark of the Covenant and the Holy Grail. They have launched massive excavations for these relics of mass power -- yet, they are always stopped by one man, Indiana Jones, a janitor at an archaeology school. These adventures were chronicled in "Indiana Jones and the Raiders of the Lost Ark" and "Indiana Jones and the Last Crusade". These movies stay mostly true to actual events except that Indiana Jones is not Harrison Ford -- he is, in fact, a genetic clone of Oscar Wilde.

In 2000, Al-Qaida formed an alliance with other terrorist organizations, including NAMBLA, PETA, Amway, and the Screen Actors Guild. They formed the World Terror Organization, or WTO. The WTO was efficient, decisive and powerful. Their adversary, the United Nations, got jealous of these qualities, and asked the United States to help. The USA declared war on the WTO and started The War Against Terror (TWAT). This was also known as World War III. In this war, the boxer Rocky Balboa had to seek training from Apollo Creed to defeat Clubber Lang. This war spun off WW IV which was about some Russian dude killing Apollo, and WW V which no one really knows about because no one saw it.

It's been confirmed that Al-Qaida are responsible for what has been deemed Bieber Fever, as well; a widespread pandemic that has been sweeping the globe since the late 2000s. As of 2012, the demographic of infected carriers was reported to be "insurmountably high" in children and teens between the ages of 8 and 16. While it most commonly affects the female sex, a rise has been reported in gay males as well as women in their middle age. Some of the elderly among us have also exhibited symptoms, for which there is currently no cure. Instantaneously following death, additional reports by various sources of zombification have also surfaced. The Government has addressed these claims, and in association with the TV network AMC, they have amassed an all-encompassing Zombie Apocalypse survival program entitled The Walking Dead, designed to help normal, everyday people deal with these special cases. New episodes air every Sunday at 9:00 PM EST. 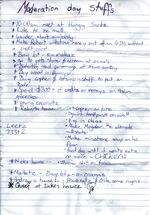 After TWAT, Al-Qaida fell into disarray. The UN passed Resolution 8427B, titled the "CS 1.6/CS:S Resolution". This stated that any terrorist bombing attack on a location occurs at one of two designated bombing sites. These sites were titled bombsite 'A' and bombsite 'B'. They were to be clearly marked all over with large letters signifying which site they were. A bomb would only successfully plant and detonate if it was planted at one of these sites.

Hostage crises were handled differently. Terrorists are not allowed to shoot the hostages or harm them in any way. If a terrorist injures or kills a hostage, money would immediately be electronically deducted from the perpetrator's bank account. Hostages are required to stand still until a counter-terrorist approaches them. Then the hostage must follow the counter-terrorist back to the rescue site, where the hostages immediately teleport to safety.

Eventually, these Resolutions and other factors led to the weakening of Al-Qaida. Eventually in 2050, Mao Zedong defeated Al-Qaida with his Ninja Army and m4d-l33t-k4m1k4z3 sk1llz.