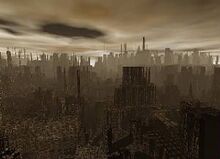 The world as it is today; getting more and more like the film Blade Runner with each passing second.

This world is pretty messed up. You know that, right? We've got murderers walking the streets, paedophiles raping other paedophiles, kids stealing their friends' Pokémon cards to sell for drugs, then selling those drugs for even more Pokémon cards; it's a mess. If I had the supreme power, it would be different let me tell you. I'd sort things out. It would be a Utopia.

So what would I do? 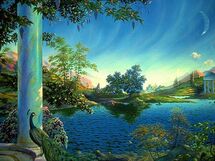 The world under my rule.

Well I guess the first thing I'd do is nuke a few of the more suspect countries: Iraq, Afghanistan, that sort of thing. The beardy countries mostly. I know it would like, kill millions of innocent civilians, children and animals but I just really want to get rid of the Taliban. And Al Qaeda. The extinction of a few desert lizards and the mutilation of a couple of kids is a small price to pay for world peace. I suppose if the non-terrorists want to flee the country before I drop the bomb, then that would be allowed. Just so long as they don't come and live over here. We've got enough immigrants already, thanks.

And let's not forget the good ol' US of A. After all, they're the only country who've ever actually used a nuclear weapon to attack their enemies. Two, in fact. Plus their version of The Office was really, really pants. There'll be no more of that in my Utopia.

I'd be tough on crime. I mean really tough. In fact I'd probably want to get everyone chipped. Yeah, I know what you're thinking "it impeaches on our civil rights", yeah? Well I say; the innocent have nothing to fear. But what's that you say, "you'd feel vulnerable being monitored at all times"? Sounds like the excuses of a desperate criminal mastermind to me...

Think about it seriously for a second. It's the only way to effectively stop all crime. I could just be looking at a screen and see that blip A is murdering blip B. Then I'd just look up blip A's name, let's say it's John Smith. Then I'd send a message to my secret police saying "arrest John Smith". Hmm, common name. Hope they get the right one. Oh yeah, there'd also be a secret police. No Utopia is complete without one.

There'd be no need for police investigations or courts of law, we wouldn't need either because we'd know whether they were guilty or not guilty from looking at a screen. And if science fiction has taught us anything it's that entrusting your system of government to an enormous computer can only be a good thing.

It'd also sort out the immigration problem. We'd always know when someone wasn't where they ought to be, because we could detect it. You wouldn't even need passports because when you go through customs all the information would be on the chip. So it'd say - "Name: John Smith. Nationality: Polish". And I'd be like, "ah, a serial offender eh? Get back to Poland, John!"

But what's that you say? How would I enforce all this? 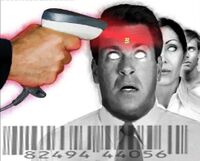 Another model citizen on his way to the zoo. Have fun, Sir!

I guess I'd have to make the chips tamper-proof. I'd put them in the heart to minimise any attempts to remove the chip. How about this; if you try to tamper with it, it explodes? A huge explosion that kills everyone for miles around. Just kidding, it'd be a small explosion, just big enough to kill the tamperer and the "tampee".

I don't exactly know how I'll get a chip inside everyone in the world. One idea would be to change procreation laws so all babies are made in labs with the chips already inside them. Although I'm not too keen on that, I wouldn't want to take away our humanity, just put highly technological gadgets into everyone's hearts.

What was that? Wouldn't this system be easy to abuse? No, I don't think so. Say someone tries to set you up by saying you stole their wallet, and then plants it on you and makes it look like you actually did steal it, at that point I'll hand over to the police and they can do an investigation. What's that? I said there wouldn't be any trials or investigation? Did I? Shit. No, actually it'd be fine. I'd just check the old chip-detector machine and make an informed decision. The innocent have nothing to fear! 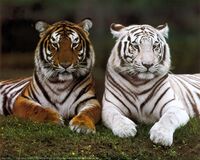 So cute, so deadly.

Even on the outside of the prisons, there are way too many people in the world, and not enough food, energy or hot girls to go around. But don't worry voters, your future leader has plans for restoring the balance. The problem is that people aren't dying anymore. Back in the day, there were dozens of dangers that always made sure the human flock didn't get too large, be it the Black Death, a pointless war or a good old fashioned dinosaur attack. But now, we're all too safe in our fortified, carnivore-free cities, so drugged that we'd barely even feel a deadly bite from a tyrannosaurus. Humans have gotten to the point where they don't have to fight for survival anymore.

If I was elected leader, I promise to readdress the balance here. Basically, I'd release a bunch of Bengal tigers into the streets, and grant them free reign. That should shave the numbers down a little, and without resorting to man-made holocausts and fascist genocides. A lot of people will die, but they can't complain. It's not the tigers' fault you got killed, they can't help being better than you. Take it up with Mother Nature. It's just natural selection after all, Charles Darwin used to do it all the time. 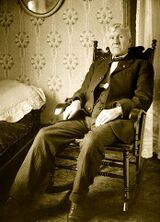 The High Father sees all. 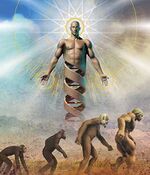 Back to work drones - I mean, loyal citizens.

As for my title, I was thinking of "the High Father", because it sounds paternal and loving, but also slightly frightening. There'd be giant posters of me in every city, just looking over my people in a kind and grandfatherly way. Maybe I'd be sitting in a rocking chair with a blanket on my lap. Or reading a book; CS Lewis or something like that. Maybe I'd be reading it to a bunch of kids so when you see it you think "what a nice man". But then when someone commits a crime, the image of me turns to look at them and says "oi you! What's your name sonny?" And they'd be like "It's John Smith, oh High Father." Then I'd press a button and blow up their heart. In fact, maybe I'll blow up all the John Smiths just to be on the safe side.

So by the time I've done all that there'll be enough living space - or Lebensraum as the Germans call it - for everyone to build their own theme parks, or stand around holding hands, or whatever it is people do these days. The streets will also be safe enough for old ladies to walk at night, so long as they stay out of the Bengal tiger-infested areas.