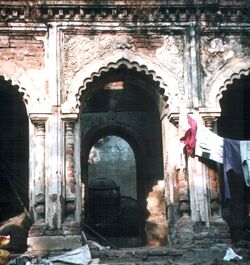 GOA, India -- For the first time in decades the High Court of Goa was re-opened Monday, to try the case of the murder and sexual assault of a British teenage girl in India's seaside resort of Goa 42 years ago, attorneys said.

Police have charged two Indian men – late Placebo Carvalho and Samson D'Souza – both deceased, in connection with the February 1968 killing of then 18-year-old Scarlett Keeling in a case that dealt a blow to Goa's hippie paradise image.

The suspects, long since dead, have been charged with culpable homicide (which does not amount to murder) and grievous sexual assault. Both denied any wrongdoing according to their testimony given in 1968.

Naik said his late father saw Keeling's bruised, partly clothed body on a beach near the shore when he arrived at the scene, Rivankar said.

But her mother, Fiona MacKeown, also deceased, rejected that theory and launched a campaign for a second autopsy that led investigators to determine she was drugged and sexually assaulted before her death.

Federal police say, perhaps, one of the suspects drugged the young girl and then sexually assaulted her. She was left on the seashore in the early hours of February 18, 1968 to die a "natural death", police said.

The trial should last about six years although no more witnesses were expected to testify – “they have all died!” Rivankar said.

Goa's police insist the tropical tourist hot-spot is safe for hippies, and cite Keeling’s death as proof an exception.

The trial has come 42 years after the crime to mollify the British Embassy in nearby Mumbai, after they expressed outrage over the old assault case.

If convicted, the two deceased defendants may be sentenced to "samsara-chakra" or the wheel-of-life, without possibility of liberation.