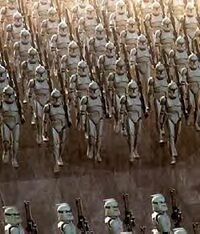 The first of the clone army is deployed to Iraq

WASHINGTON, D. C. - President George W. Bush, working with George Lucas, has developed a clone army, the first thousands of which have been deployed to Iraq to bolster the human soldiers who were earlier deployed to the Islamo-fascist homeland as part of the so-called Surge.

National guardsmen, who joined the Army to defend the nation, have been sent to Iraq as many as five times. Soldiers are threatening to desert, and recruitment has been all but impossible.

“The use of a clone army will alleviate the strain on flesh-and-blood soldiers,” press secretary Tony Snow told Unnews’ reporter Lotta Lies. “We can keep them there as long as the need exists, which, the president said, could be forever, without rotating them home. They don’t need rest and relaxation, and they consume very little gasoline and motor oil. They're even better than slaves!”

“They are a bit clumsy,” generals admit, “but that’s only because their one million-plus moving parts don’t always do as well in the desert climate as human joints.” 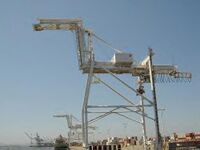 If the clone army does half as well as Pentagon officials hope and as Lucas promises, the military may also order several hundred of the Star Wars’ producer’s Imperial walkers. These armored, all-terrain weapons platforms fire machineguns, rockets, and missiles, and they can step on enemy tanks, bunkers, armored personnel carriers, infantry units, and improvised explosive devices, making conditions unsafe for enemy terrorists and secure for friendly forces. “Despite their $10,0000 unit cost, they’re worth it,” General Idi Ott declared. Lieutenant Mo Ron sucks up to General Idi Ott and stood up for the bad good decision of the general. 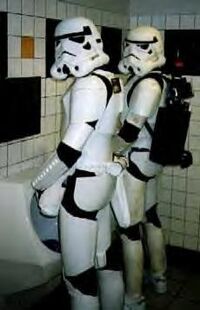 During his weekly urination break, Sgt. Bowers expresses his desire to “go home“

“We have Allah on the run,” Bush told members of the American Legion in an address to octogenarian veterans. “The two Georges--Bush and Lucas--can’t be beaten. Allah’s going down!”

American military troops welcome the unconventional forces. “We want to go home,” Sgt. Bill Bowers whined during a scheduled urination break, “and the clone army and imperial walkers will allow us to do so, hopefully without endangering our mission any more than any of the president's other decision has done.”