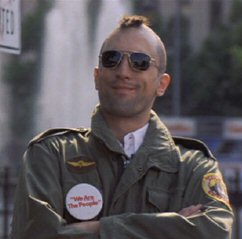 BRITAIN, Europe -- Taxi users in Britain have been complaining that they find it almost impossible to understand what Polish cab drivers are saying to them, writes UnNews transport correspondent Mildred Kenckerston. The complaints come hot on the heals of government efforts to ensure that all immigrants - who make up as many as half of all taxi drivers in some areas - are able to speak English at a level high enough for them to be able to secure employment, a policy which has seen a vast rise in the numbers of newcomers to the country applying for places on Basic Spoken English courses.

However, it seems that they only experience problems in making themselves understood after completing such courses. UnNews went out on the streets to ask regular taxi users for their thoughts on the matter. "Well, there's certainly a lot of them," says businessman Tom Bivalve, aged 56, from Kent, "so anyone who uses taxis at all often will come into contact with a foreign driver sooner rather than later. You can always tell the ones who are new, because although they have a bit of an accent you can usually understand what they're saying perfectly well. But once they go on one of these English courses it's like they talk in some sort of animal language - it's all grunting and strange guttural noises." Dahlia Digby, who runs a construction equipment hire firm based in Wimbledon, South London, has similar thoughts on the topic. "I take a taxi from the train station to my office every morning at 8am," she told us, "and I often get into a cab driven by the same Polish gentleman - Tomas, from Gdansk. Seeing him as often as I do, we've become quite friendly. When he first took up taxi driving, we'd chat about all sorts of things, you know - the weather, Eastenders, the government...typical British stuff, and we could undertand one another with no problems whatsoever. But ever since he got a place learning English, his conversational skills have steadily gone downhill and now I have a terrible problem making out a single word he says."

To find out what is causing the phenomenon, UnNews investigated further. The first thing we discovered is that Polish immigrants generally find employment in far less time than it takes British local authorities to get anything done - thus, a newly-arrived Pole will, in most cases, have found a job and been working in it for at least two months before his local Jobcentre Plus (the government agency responsible for helping people to find employment) have even completed the paperwork necessary if they are to find him or her a place on an English language course. During this time, they seem to have few if any problems when conversing with British people. Once this stage is complete, they will be sent to the Home Office and UK Border Agency's £3 billion state-of-the-art Immigrant Education Centre in Glasgow, where they will be taught basic English skills.

At the Immigrant Education Centre, we spoke to Stanisław Kowalski, who told us he has been resident in Britain for almost six months. "I arrived here without work, but I am lucky in finding it very soon as I am willings to work at any time and to do any task so long as it is paying me," he says. "Within a few hours of landing I was findings work on a farm where I picked strawberries, which was a job I was very grateful for but the pay was not so good and I have family to support back at home, so I looked for a better job. I have an EU driving licence with no convictions, so after a short study period of streets and locations, I am soon finding myself taxi-driving job which pays much better. I look forward now to chance here at Immigrant Education Centre in which I will with hope improve my English."