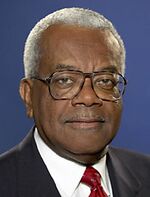 Old McDonald had a farm… Trevor McDonald in his ecclesiastical robes

Farming (often confused with agriculture by city folk) was originally developed as a tool for justifying foxhunting, an important and exciting sport which rapidly lost popularity throughout the eighteenth century, due to its relative lack of violence. Nowadays farming is just a way of torturing young boys by forcing them to work long hours for no pay, only to die in a combine.

A fun American past time, people used to farm for fun every day! But with the creation of TV, the fun is has disappeared from these fun, fun places. Before these terrible days, there was bread aplenty and lots of vegetables.

However, this great abundance of bread caused the spontaneous generation of bread golems. This led to the Great Farming War, discussed on page 148-231 of your Communist issue history textbook.

The earliest farming techniques involved growing crops such as prunes and triffids in large open spaces known as fields. Unfortunately, the foxes showed little interest in these plants, so it was argued that farming could not viably be used as an excuse to kill the vermin (there was some success with cannabis, but that is another story).

In a snit over losing the American Revolution, the British stole the secret of farming from the US and the skill was lost. Only a handful of Southern blacks retained the skills, and it was handed down from father to son, from son to his son, and from his son to his his son, and so on. Since the recipe was a family secret, only some people were allowed to know and they formed a secret society called "slaves". These "slaves" retained the secret of farming until forced to disclose it in the First Treaty of Guadalupe Rivera in 1866.

The next major development took place during the 1920s, when brothers and business partners, Ronald and Trevor McDonald, opened a state-of-the-art meat factory, making use of specially bred animals including fish fingers, which were in charge of accounts. During a failed attempt to breed animals with the flavour, colour and consistency of candy floss, some foxes broke into the meat factory and devoured the so-called sheep. Of course, this behaviour had to be stopped, so the brothers reached for their trusty flamethrowers and reduced the offending amphibians to ashes. 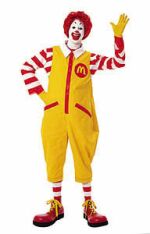 Shortly afterwards, disaster struck. A group of ravenous animal rights activists, clamouring for equal wages for female fish fingers, attacked and hospitalised Ronald while he was on his way to a cock fighting competition. Trevor, utterly devastated by the attack, left the factory to live in a monastery where he spent the rest of his long life composing mindless nursery rhymes. Ronald, after recovering from the assault, abandoned the factory to become an explorer. He later shocked the scientific and cuisinic communities by discovering natural meat in the form of cows in the great deserts of Brazil. He began producing so-called ‘burgers’, which he proceeded to export to his multinational temple chain.

While the brothers had now forgotten their original task of justifying foxhunting, fortunately the McDonalds’ discovery was not lost forever. In 1939 a nice young man by the name of Benito Mussolini opened his own ‘sheep’ factory, the first of many, and used his magical powers to attract foxes to the site. He then charged entry to the factory, and hunters turned up in their thousands to continue their newly-emotionally justified careers. They came ready-armed with pitchforks and rocket-propelled grenades, and the noble sport was able to continue unabated until the dwindling fox population collectively decided to migrate to the Indian Ocean, where they gradually evolved into porpoises.

Since the extinction of foxes (except the surprisingly intelligent artist fox that dwells in the icy wastes of Mauritania) in 1972, the sole purpose of farming has been to supply unspecified sheep parts to the aristocracy of Jordan, where they are considered a delicacy. The original meaning of the term has been forgotten by many, and the old art of hunting is now normally known as warfare.

When the farmer isn't looking, farm animals will have secret meetings!

While the farming in your area may be prosperous, nonexistent, or even occasionally stolen and sold on the black farming market, you then share one aspect of your life with the rest of the modern world, the knowledge of farming. Many states in the United States of America are known to possess farms, often fronts for the growing of marijuana, however, this type of agriculture is more prominent and significantly more profitable in the small South American countries located in the misty jungles of South America. Let it be known that while in the United States of America, growing of this plant is strictly prohibited, while in other countries, such as Holland, it is encouraged.

Farming is also a popular and widespread pastime on the island of Fiji. Here, the local witch doctors have bred a mutant, a plant of such capability and power that if it fell into the wrong hands, it could not only destroy the world, but make it taste juicy sweet while doing so. This affront to Mother Nature is known as the sugarcane.

In the recent decades, due to the lack of canned food, potatoes, and smashin' pumpkins to aid poor, third world, and African countries, the UN, with the help of the Republican Party, has officially granted US farmers clearance to grow and harvest lead. Unexpectedly, this new experimental agriculture branch, pioneered by US Army Badass Kirk Lazarus, has enormously boosted US yearly revenues, as well as its general awesomeness and youth testosterone. Lead farming has also greatly helped UN's mission of curbing world hunger by generally decreasing the world's population. Being as efficient and supportive as it is, the lead farming method has been receiving many bad critiques from the community, like the well-known 1970s "Give them lead" Controversy, and some of the other less well-known examples like the 1991 "Need more Lead" debate, up to UN's 1995 "Lead for Oil" scandal. But nonetheless, lead farming has proven itself through the years to be a superbly US economic asset, due to the sheer amount of the US-made products that is circulating the world's market, and the method has been scientifically proven to give its products total immunity to pestilences like the infamously kill-joy Democratus Idiotius fly and fatal diseases like Gandhiozitus. "Leading" companies in the industry include Lockheed Martin, Halliburton, and Old Bushes Ranch.