UnNews:Boobs On Bikes Parade To Go Ahead

Boobs on Bikes has become an annual event for Auckland, as Crow uses it to promote his SeXXXPO. The 2008 Parade came under fire from one of the city councillors, who sought an injunction to have it stopped. Anita Life, councillor and busy body mother, said the event promoted sex and was damaging to children.

"Why is no one thinking of the family in this situation? Mr Crow needs to realise that while his planned parade takes place, children will be in schools. Can he not understand the damage that will be caused to those young people who skip school, bus into town, push their way through a crowd of adults, and catch a brief glimpse of a bare breast? Its like raping our children! Do you want to rape our children?!" 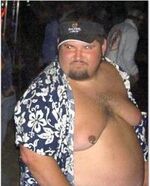 "Its about feeling freedom of expression. Not raping kids." - Alex, this years Parade Star

Crow, whose reply was "Sorry, I was distracted by hot naked boobs, what did you say you wanted?", fought the attempt at an injunction in a specially convened Council meeting, appealing to both the commercial sense, and sense of freedom of the other councillors. "This is not about family, or children, this is about people being able to get their gear off in a public place and using their hot sweaty bodies to advertise my hardcore pornography empire." 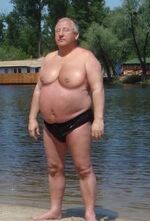 "We are proud to be representing ourselves in the Parade. Human beings should be proud of their bodies!" - Kelly, who is appearing for a 3rd time

Those who planned to take place in the parade were upset at the idea that they may lose both their fees, and their exposure in the pornographic industry. Spokesperson Casey said, "I don't think we are being exploited, I don't think we are doing damage. I think if people want to check out our hot goodies while we cruise down the street on motorcycles, they should be allowed."

Crow plans to challenge any further attempts to prevent the parade in court, saying a legal decision is what is needed to ensure that he does not have to go through the same process next year.

Anita Life is planning a protest at the Parade, due to be held tomorrow afternoon, in order to challenge the morals of the Parade itself, and also gaurantee herself a damn good viewing place. 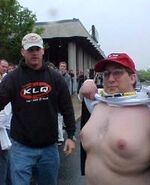