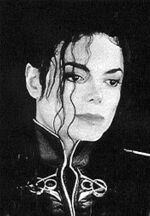 Some cases, with appetite for minors have been proven to come from Mercury

Cape Canaveral, United States of America -- NASA has evaded getting disbanded once again, due to its second remotely interesting finding since 1969. A NASA Mars rover, the Carus, struck the astronomical equivalent of gold yesterday when it unearthed the body of a human male, thus utterly proving that men are from Mars and women are from Venus.

"This is simply amazing!" stated an overexcited and slightly drunk NASA engineer last night. Not all people agree, though. "I find this utterly preposterous." announced Dr. Anthony Naive, "How would humans be able to breed with the other gender on a different planet?" Professor Tarquin of the University of Rio de Janeiro has come up with a possible theory. "Humans were originally homosexual." believes Tarquin. Even though many scientists agree this theory is the most plausible, it has been met with mixed results across the world. "How do you like that, Mr. Alan Keyes?" questioned the handsome, muscular, flamboyant Damian Fuzwinkle. "Science?! What has science ever done for humanity? I bet you ten bucks that they just make this stuff up, all these 'experiments' are just hoaxes. Nothing like the worshipful miracles of Christ." remarked the former Priest Richard Evington, who recently lost his position in the Church because of his gambling.

Unlike the Vatican, Hillsong Church believes that God designed humans to be homosexual all along, and they are even starting to offer to do homosexual weddings, with a surcharge of course. A lot of people are rejecting the theory though. "The evidence only shows that men lived together on Mars. This doesn't mean that all men, if any, are descended from them. For example, how did men and women get to Earth, and when they arrived here, how did they become one species?"

Annoyingly, science had an answer for this as well. "Well obviously they got here on a meteorite." replied Professor Tarquin. "It is a process known as Panspermia." Upon asking Professor Tarquin how they became one species, he declared that he had a dentistry appointment and promptly ran away.

This hypothesis, dubbed Manspermia after the similar method of life distribution is planned to be included in the Kansas syllabus next year.