The Master of Love

“You know, I told that pervert to stay out of my Garbage!”

~ Britney Spears on The Master 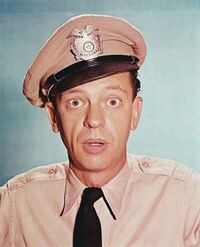 Oh, yes; there's a reason why he was the star of the Incredible Mr. Limpet

It is not exactly known where or when the Master of Love was born, nor is it necessary for mere mortals to know, but it is known to whom birthed him. It is believed that he was the illegitimate son of Zeus and Hera (some sources list Brooke Shields, daughter of Oscar Wilde) but if that were true, would the Master of Love Really look like his picture (see right)?

Like many classical Greek gods, the Master spent his youth skipping through fields of buttercups and daisies, going to Scarborough Fair, playing the pan flute and occasionally the lyre. While courting his muse he found himself oddly aware of her ripening body, yet he was unable to grasp the concept of taking her. Instead he wished to give her the same amount pleasure that she was giving to him. She was however a muse, and he a young god, and never the two could meet as they occupied two completely different astral plains. So he went looking for a human hooker to solve his desires instead.

Going down, down, and going down some more, to the mountain he went, way past his curfew, until he reached the village at the foot of the mount. He sought a woman, and after finding one willing to risk the wrath of Zeus for screwing around with an underage god, he began his explorations.

"Are you up for some cunning linguistics?" he asked. At first she was dubious of his actions. Why would he care to talk about what was most important to her? Why not ride her as a chariot around the sun she thought. Then he went spelunking into her underworld and discovering what he believe to be the key to her pleasure, he came up for air, found a Barry White 8-track (the early Greeks were very advanced for the age), captured some molten lava into a vessel for a lamp, and commenced to rock the woman’s world.

Well it didn’t take long for the local constabulary to arrive to see what the misery was all about, and when both he and the woman tried to explain what was going on, the men thought it a likely story. So the Master and the woman did a demonstration of the Master's new sexual technique, and along the way showed them how to slice and dice and make hundreds of Julienne fries.

The men were elated. And after being assured that they could use the technique on their wives or each other, word spread on the advent of “before play”. And it is safe to say that the womyn of Lesbos found the Master the only man worth his weight in labias.

Of course when Zeus found out he was livid. In punishment for not telling him first the secrets to nailing a babe and leave her asking for more, he cursed the Master with fleshy looks, a scrawny body and the perpetual smell of cigarette smoke to walk the world for eternity.

Do not be fooled by mere imitations

As far as it is known, the Master found redemption in a place called Mayberry, North Carolina where people learned to love him for who he was on the inside, and not as the liverish looking 2,500 year demi-God that he once was.

When last we heard from the Master, it was his final words on this earth – the first time he had ever spoken them in fact. After all those years of taking care of a woman’s pleasure, the Master uttered “I’m Coming” and he went.

“I could give an orgasm in bed, or a no limit American Express Card shopping spree - which do you think will last longer?”

~ The Master of Love on Sex

“Are you my chocolate mama hoho?”

~ The Master of Love on Ho's