No. Hands off, Pedophiles.

Bloody perverts, why do you even try?

A typical set of birthday suits.

This millennia-old tradition holds as strongly as ever to this day. Sometimes people who happen by coincidence to have the same birthday, be they fraternal twins, conjoined twins, or completely unrelated strangers, would go out in matching birthday suits and celebrate together.

Throughout the centuries there have been many independent attempts, both by Peqian immigrants and by people who have visited the land, to introduce birthday suits to the Western world. There has been a very mixed reception to these attempts. Some liked it a lot, others hated it a lot, and no attempt has been as successful as was hoped. Indeed, this disparity is such that, if you wear one, you will either be admired or be arrested. You don't know which will happen until you try it.

People have been even less successful in importing the role that the birthday suit plays in Peqian society. Except on one count, namely that a birthday suit is often the first garment that a child receives as a 0th birthday present.

The Birthday Suit™ has been around as long as mankind itself, but with the march of progress, so have many technological advancements. People can now have certain parts of the suit removed, altered or enhanced, and even added. This has proved a lucrative industry, with millions of happy customers and rich tailors. One of the most profound advancements was the invention of cosmetic tailoring. People have sharpened their pencils, buxomed their bosoms and reconstructed their arses with lard after too much sitting on the sofa in front of the TV. 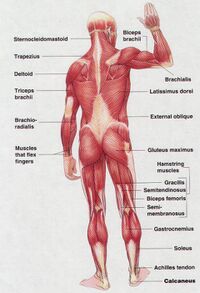 Somebody without a suit. Ouch.

Apart from wearing a Birthday Suit™, you could wear:

For most people, they get their Birthday Suits™ from their parents, as a gift to commemorate their birth. However, some people do not get one for whatever reason, and so it is a good idea to get one on as soon as possible.

You can do one (or several) of the following: 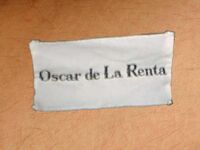 This Designer Model was actually designed by Oscar Wilde himself!

The birthday suit is not machine washable, nor is it to be sent to the dry cleaners or put in a tumble dryer. The suit must always be hand-washed and only very soft detergents should be used when cleaning the suit. The insulating 'hairs' on the top of the suit are required to be washed at least twice a week, otherwise they will start to flake uncontrollably.

Please note that the suit cannot be returned to the shop, so choose wisely!

Apart from the obvious washing the suit, it is often a good idea for the owner to use cosmetic creams to enhance and maintain a healthy suit, even when it is well past its expiration date. Moisturizing cream, powder, toner, you name it, it's there. However, the suit is an item of clothing and is not to be waxed with powerful cleaning fluids like a car. It is, however, a good idea to remove old hairs by waxing with wax and rubbing off older decayed bits. 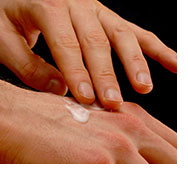 Expensive creams like this are a rip-off, but I guess they're worth it. (Can I have my fee now?)

It is a fundamental constant that no birthday suit will last forever, no matter how much cream you put on it. Typical symptoms of overuse are blotches, graying hair, loss of hair, wrinkles, and foul odors. It is important to change your suit regularly, not just to keep yourself looking good, but also to ensure that the inner body is not rotted by the dying suit. If not, bones and general bodily health may be damaged beyond repair, and the brain may be permanently fixed in the senile position.

Famous celebrities who have been known to wear birthday suits[edit]