From Uncyclopedia, the content-free encyclopedia
(Redirected from Political)
Jump to navigation Jump to search 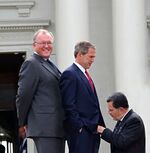 Tut tut! Stop this tom-foolery at once!

“The political and commercial morals of the United States are not merely food for laughter, they are an entire banquet.”

“One of the penalties for refusing to participate in politics is that you end up being governed by your inferiors.”

Politics is the art of being wrong and pretending you know what you're talking about. The name is based on the words Poly and Ticks, Poly meaning many, and ticks meaning blood sucking parasites. Politics therefore means many blood thirsty parasites. Unfortunately, the K is oftern dropped due to the media's practice of abandoning facts, to make an argument seem stronger stronger. Basically, these politics/politiks or politicians exist to drink the blood of the citizens of a nation.

There are generally three categories of politicians: liberals, moderates, and conservatives. In the economic spectrum, there are Socialists, Mixed Economy/ Social Democrats and Capitalists. Each are equally partial to the sweet, sweet fuckred liquor of the populace. Conservatives want to make all but the the richest 1% into slave laborers who are forced to build giant pyramids, whereas Liberals want to allow gays to legally marry you against your will. Moderates strike a balance between the two positions, arguing that gays can only force you into a "civil union" and that everyone should have the option of building giant pyramids. Besides these groups, other known practitioners of politics include waitresses, who are most proficient at doing so while businessmen slowly get stoned. Socialism is promoted by intellectuals, scientists and wannabe hippies who believe that they (the intellectuals) are smarter and thus should control the state, which should direct economic activity in a rational manner. The opposite of socialism is capitalism, which is promoted by businesspeople, corporations, spoiled brats and libertarian nutjobs who believe they are the most capable to run and direct society on behalf of the capitalist market, because the freedom for corporations to do as they please and the religious pursuit of profit is the very definition of freedom. Inbetween the socialists and the capitalists are the social democrats who advocate a mixed economy - a bastardized synthesized version of both of them. The liberals support this position. There are also the fascists, who believe war, glory and the nation are most important. They typically consist of people who have not accomplished anything of their own, so take pride in their nation, "race" or megalomaniac leader.

Politics exists in many countries however the most exciting varieties exist only in the United States, where it is sometimes referred to as 'snuff' politics due to the amount of Bush and Gore it contains.

For those without comedic tastes, the so-called experts at Wikipedia have an article very remotely related to Politics. 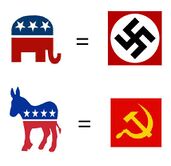 Simple and straight to the point.

Politics were invented by Margaret "The Iron Lady" Thatcher in 1944 after the down fall of Adolf Hitler. They were created to confuse the public with their BS and stupid bastard antics. They are a major source of entertainment across the globe. Some misinformed people have argued that they have done the exact opposite of their intended goal of ending crap, but mostly the politicians have kept 50-year Warm Wars to a minimum.

The three categories of politicians in the USA[edit]

Liberals believe in keeping tradition alive, and care about all people except for the wrong sort. They are aggressive and nasty and are quite unpopular worldwide. They pretend to care about other people, but really only care about themselves. They are well known for starting things with 'good intentions' and ending them with genocide. (See: Stalin)

Anyone who is liberal, is considered on the side of the political center-left of the government table.

Anyone who is moderate daren't speak their real views in case the current political party turns their country into a police state. If they don't support either side it's a win win situation if this happens.

Your local politician in action!

Conservatives believe in taxing the lower class while simultaneously giving tax breaks to the richest 1% and corporations. This tax break allows failing corporations to buy off their CEO's with multi-million dollar deals just before the organization goes bankrupt. Conservatives (commonly referred to as cock smugglers) are adept at using fear to sway public opinion. They somehow lead the American people to believe that we still need to spend 6 times more on defense than our nearest rivals (Suck it, Russia!).

Anyone who is conservative, is considered on the side of the political right of the government table. When they need to use the rest room, they go to their special bathroom facility, constructed by Karl Rove. 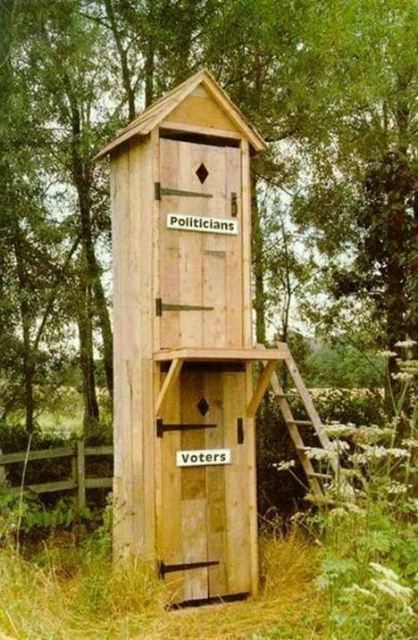 A hung parliament is different than a hanged parliament. Hanged being the past tense of hang when you do it from your neck dead, hung being the past tense when you do it from are neck and neck. Well not really because if you were neck and neck it'd be called a draw. So a hung parliament is when you are still alive and you work together for the good of the country, in England's case the conservatives and the liberal democrats are working together for the good of the country rather than serving their own interests which, presumably they would have done if they had a majority. So in essence, if you win a majority you look after you own needs in favour of those of the country, and you should be hanged. However if you don't have a majority, you look after the needs of the country and you should be hung. Well if they really want change, give them 50 pence and tell them to bugger off!

Thought only to exist in legend. Never win anything. Winning is downright alien to them. Nader gets a high from losing his elections. He ensured he would lose the next few by referring to Barack Obama as 'Uncle Tom.' 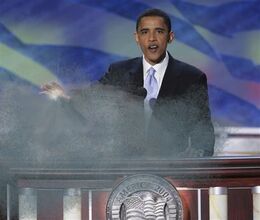 Barack Obama is famous for hiding his platform behind a political smokescreen.

Politicians must develop several essential skills that enable them to convince the general public that they are doing The Right Thing. These include:

Activities of the Political Classes[edit] 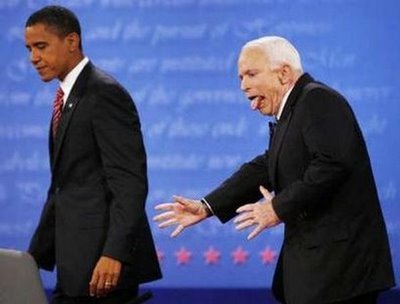 All members of the government table, partake in the drinking of blood from the citizens. They often vote themselves pay raises, dip into Social Security funds for their home states, and they like to argue a lot over just about anything. Whilst the conservative and liberal classes are natural enemies, they are often seen to combine power to rail against the sheer mediocrity of the moderates. Furthermore, no individual political party or politician is bound to a particular class and may move from left to right in order to secure the most power. Mass posting extremist views on the net is a common hobby among politicians, this way they attempt to feel bonded to the mundanes annoyed at something. Other common hobbies among politicians include "meeting people", "writing" columns and "submitting false expense claims keeping up appearances".

Power is of vital importance to the politic, for without it there is great difficulty in obtaining access to a steady supply of sweet, sweet blood.

Differences Between Left and Right Politics[edit] 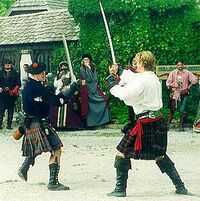 Duels to the death: A libertarian's dream come true. Not something you can actually legally consent to anymore, but a great way to get non voters interested in politics and attract more professional wrestlers to congress. Slashing the defense budget? I'll show you slashing. If you die, it must just be part of God's plan. What's the matter senator, do you not trust God?

Are you a Democrat, Republican, Independent, Green, or Southern Conservative???

Here is a little test that will help you decide:

You're walking down a deserted street with your wife and two small children. Suddenly, an Islamic Terrorist with a huge knife comes around the corner, locks eyes with you, screams obscenities, praises Allah, raises the knife, and charges at you. You are carrying a Glock 9mm, and you are an expert shot. You have mere seconds before he reaches you and your family. What do you do?

Well, that's not enough information to answer the question! Does the man look poor? Or oppressed? Have I ever done anything to him that would inspire him to attack? Could we run away? What does my wife think? What about the kids? Could I possibly swing the gun like a club and knock the knife out of his hand?

Also, what does the law say about this situation? Does the Glock have appropriate safety built into it? Why am I carrying a loaded gun anyway, and what kind of message does this send to society and to my children? Does he definitely want to kill me, or would he be content just to wound me? If I were to grab his knees and hold on, could my family get away while he was stabbing me?

Why is this street so deserted? We need to raise taxes, have a paint and weed day and make this happier, healthier street that would discourage such behavior.

This is all is so confusing! I need to debate this with some friends for few days and try to come to a consensus.

Daughter: "Nice grouping, Daddy! Were those the Winchester Silver Tips or Hollow Points?"

Initially, Al Gore said something about Global Warming, paper production, pure water depletion, and lack of recycling would cause this. I solely believe it is time to call the IPCC. Anyone who share my interests could contact me at http://www.epa.gov/

All of the above