“Old Dominion is where I learned to prognosticate how long my schlong could be stretched and how many exameters my cod piece would become, if I let the dark lips of a singularity envelop me.”
~ Oscar Wilde

“Exhaustive research has proved, that Herr Wilde's phallus is indeed on the order of one exameter per century of light speed, and by introducing his phallus, which he named Margaret Thatcher because they speak the same language, has indeed stretched his member, with the aid of the singularity, to the previously undermentioned length of 1/2 Ångstrøm.” 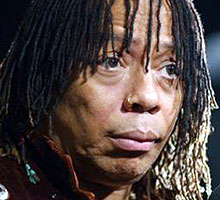 Herr Doktor Rickterer James Ph.D, Ed.D, through countless hours of experimentation with mind altering drugs, sadly, nine of them all at once killed him. He will be remembered with a memorial tree.

The history of Old Dominion is as storied and famous as the degenerate protagonists who have made it so popular. It was founded in response to growing secularism and speculumism from the people of Virginia. The campus was founded on a former landfill, where undesirables were brought to cull the harvest for fermentation purposes. Anheisher Busch products are made from the sweat of these undesirables and the pristine James River water.[2] The once ignoble one room classroom has since festooned into an urban jungle consisting of rampant pseudo-wissenschaftliche German super scientists hell bent on creating master leaders. The university strives to maintain academic malfeasance with respect to all forms of discrimination. No one is left out, whilst everyone is.

ODU was the most popular abused substance[3] in the geographic area, hence the name of the university. There is no connection strongly attached to the former, or latter. The University was once threatened with litigation that would tear down the ideals the university was founded upon, but the Politburo flatly refused on the grounds that their whole purpose was to create illegitimate babies and homeless mothers, and if they were in fact made legal, what legalities would constrain them? Countless Chancellors sought to keep the university afloat amid the constant bantering betwixt the Heretics[4] bemoaning such heresies as, academic excellence, integrity and the most putrid; honesty. Herr Doktor Rickterer James would be the one to lead the university into the light and make sure that the research carried out by him and his staff would see the famed instituition carried well into the future of cutting edge malignancy.

To gain entrance into this facility you have spread your choice of DNA on toast and have it subjected to several needless Deutsch equations to determine the viability of your college performance. Be yee a woman, beast or man a detailed questionaire will not be required, because no one will read it. The validity of standardized testing such at the SAT[5] is cause for no concern and if you have taken this test, please be warned that your admissions packet will be sent back to you at your incorrect address with the following requested items:

ODU also accepts anyone with a pulse. This is bad news for zombies and other undead creatures, who are rejected because of their lack of pulse, which believe they have an equal right for a higher education even though ODU had a non-discriminatory policy.

The official sport of the university is Dungeons and Dragons.

Kitten Huffing is once again a Hot Topic of research. The Siamese kittens are being researched as a viable alternative to the ever addictive orange cats. There has been speculation that the Kitten Industry has secretly been adding cat nip, to increase the adictive properties. The University has been working to strengthen the Kitten Industry's efforts to fuck people up, because of the Human benefits associated with more huffing. The human trials are set to begin in the Quad in three days, after the local SPCA rounds up enough feline volunteers.

Medical Waste has been recently determined to enhance the holiness of the Clap. Hypodermic needles, bloody sponges and used kittens are all being recycled for the glorification of his misanthropic majesty, Alexander the Great.

The remaining 200% is whatever you consider yourself to be, if you are none of the above.

"I hereby renounce my faith while simultaneously coveting anything holy, unholy, sacrificial, honorable, moral, politically correct, incorrect, or any manifestation, permutation, amalgamation, or any like minded transmogrification. or anthropomorphization is likewise approved. Furthermore, pursuant to facts not written, in any form of script, be it Sanskrit or Latin, will the act of giving and receiving help make you more sophisticated and demure. [7]

The Ballad of the Football Game[edit]

T'was the day of the first game of football

Every Monarch was pumped, there was joy in the halls.

The fratboys were drinking vodka and rum

And a coed showed off her boobs and her bum.

But one speck of doom in the parking lot lurked

One intending to ruin the day, a real jerk.

While everyone else hooted and cheered

He wrinkled his nose and he said with a sneer:

"My tuition was spent on a football game

Instead of the maglev? How lame!

How dare they put money towards fun and good use

And give everyone (another) reason to drink booze!

"I want the Maglev working so I can sit on my ass.

Instead of crossing the campus to my next class.

It's a long walk and I get riled

When forced to walk roughly half of a mile."

From his dark hoodie he withdrew a spray paint bottle.

And speed walked towards the fountain, full throttle!

"When I'm finished football fans will be weepin' and cryin'.

Unbeknownst to him, as the statue he sprayed,

He was seen by Lady Monarchs, basketball they played.

They had gone on a run on their way to the game.

When they spied this punk acting so lame.

With the benches on campus they weighed down his feet.

Attaching them with strong sneaker laces, quite neat!

The shoes worn by Monarchs must be really strong

So they can be used on those who would do ODU wrong.

After this athletic unity, the girls were smilin'.

'Cause they made the fool 'ride the lion'.

Weighed down with the benches, the lion he straddled.

Late comers to the game pointed and cackled.

The moral of the story I've recited for you.

Is think twice before messing with ODU.

Snobs deride us and insult the school.

And now my story ends, as all stories may.

Of this I have little more to say.

But remember when this balland had only just begun? .

That football game I mentioned? We won.

The construction crew can be seen installing the first rail.

The MagLev, or Magical Levitating Machine, at Old Dominion University was a major leap forward in technology. Completed in 2000, the MagLev was single-handedly responsible for placing the Barter College of Making Crap in the top 2,000 Colleges of Making Crap. This placed them just above Virginia Tech and MIT. This also gained notariety for the ODU College of Making Crap thanks to their innovative work on the flying carpets that are used on the MagLev Machine.

You, State Name HERE, are hereby subject to all currently known, or yet to be known discriminations including, but not limited to: Personal Color,Gender,Race,Creed,Scrotum,Your Mom's Cooking, and IQ. Ostracizing is perfectly legal and will get you better grades and into the prestigious Fraternities and or Hermaphroditic Sororities. Despite popular belief, Jews, Dykes, and Whores are not to be shot on contact, but rather welcomed with open arms and given Gouda. Be it a high quality Gouda or a low grade Cheddar is of no concern to you. They are more important than you. [8]

Nothing is private, and Identity Theft is encouraged and is actually listed under IT 400 with Professor George Orwell. You will have the opportunity to spy on neighbors, read state secrets or sell your information on the Black Market. The university holds no one responsible for the misdeeds of none. The Thunder Cats will be on hand at all times supervising this policy. [9]