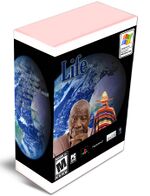 Life is an MMORPG partly based on the most popular fiction novel ever written, the Bible. Life is the most played MMORPG (but World of Whorecraft is coming strong from behind - nothing sexual intended), and the second most played computer game in the world, after Counter Strike. It is developed by God & Friends, Inc. and distributed by "H. Sapiens Ltd." through their unique and original IntraCourse system.

Life is the oldest video game still running. In fact, even its release date has been forgotten.

Life's gameplay consists completely of having car problems, hot girls dumping you, having that jerk beat you up and stealing your lunch money, less talented people getting the promotions you deserve, and being threatened with litigation for every move you make.

Has often been cited as one of the most rushed games ever released, as it took its developer only seven days to complete (though new speculation has arisen that this was actually a much longer period of time). Development started with the lighting engine (it is speculated why this was done first), once this had been finished the developers then worked on the core network code, soon followed by terrain, foliage, finishing off with life's amazing day-night cycle and ecology systems. Once all this was done a beta test was conducted. The developer originally planned to have extremely lenient rules, but when the item "tree of the knowledge of good and evil" became too widely exploited (estimated that 100% of beta testers used it), thus an extensive and strict code of conduct was put in place.

Life has two big chapters: Life and Death. Life is the prologue to Death, and nobody playing the first chapter knows what is in the second chapter. Rumor has it that Death is divided in two worlds, Heaven and Hell (but that hasn't yet been confirmed), although there is also a rumor that Stage 2 merely consists of repeating Stage 1 again, but as a different character. Some even claim that Chapter 2 does not exist at all and that the game ends after Chapter 1. As to why the idea of a Chapter 2 was created, these critics claim that this was invented by various people in order to gain more points on this game.

Chapter 2 is available to all players, on a random invite basis. The invite comes after level 60 in most cases, but however, there is knowledge of many skilled players that get invited to Chapter 2 at early levels (some even before reaching level 2).

Level 2 or 3 = Gain access to the chat system and the ability to use the big toilet.

Level 11-13 = Go through the Puberty system, where you gain the "Facial Hair" and "Deep Voice" abilities if male and if female the "Periodical Bitch" and "Larger Chest" abilities. Both genders gain the "Pubic Hair" ability.

Level 16 = "Mount" ability unlocked. User may now quit High School set of quests if they wish. User may now begin other sets of quests which they may end up doing the rest of their account.

Level 18 = Finish High School quests. User's Party leaders can now choose to kick user out of the Party. If your Wealth stat and/or your Intelligence stat are high enough you may choose the College set of quests. "Smoke" ability unlocked.

Level 21-30 = Many users start a new Party during these times.

Level 40 = User is now "Over the Hill". Users lose their Respect stat.

Level 50 = Users usually quit their quests at this point.

Level 60 = Users randomly die from this level up. Level of death is determined by how often users have used their "Drink Alcohol", "Smoke", and "Mount" abilities.

Level 70-Death = All stats decrease slowly until the end...

Parties can be made up from one male and one female of the same or different races (Note: bugs may occur. See: Known Issues). The parties usually end up building another common Level 1 character they have to develop together until level 18.

Mounted combat was a very important part of PvP in earlier versions of the game, but has slowly deprecated as time passed. In the current version, only romantic, melancolic Dark Elves still use mounts during combat. (see also: drive-by) 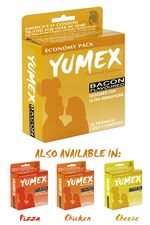 Flavoured condoms, as they appear in Life™

In Life™, players can craft a vast variety of items and create exotic and unique recipes that affect the characters stats in a positive or negative way and hence create an unique and entertaining gaming experience. Some of the most common items and food amongst Life™ players:

There are 8 main races for the player to choose from, each with its own advantages and disadvantages:

Besides the common professions from every game on the market, Life holds patents to some other professions. Here they are, in random order:

Often, during the course of gameplay, characters inevitably contract viruses that can be potentially harmful to the user's gameplay mechanics, and often result in the user's entrance into the second chapter. Certain viruses can be contracted randomly at any point in the game, although these viruses have low risk levels, and generally incapacitate the user for several days. However, certain other diseases can be much more harmful and severe, such as the "C@nc0r" virus, also known as the "I'm fucked" virus. The easiest way to contract this virus is to smoke a "death stick", which can be purchased at any local convienience store for a nominal price. Death sticks generally take effect after 20-30 levels, and transport the user to chapter 2 several levels later. It is guestimated that 110% of users die from the "C@nc0r" virus, although this fact cannot be verified because I just pulled that statistic out of my ass.

Many viruses are considered "malicious viruses", in that they are given to a user by another user. Such viruses include "A1D5_Haxzor", "H3pa71715_<", and "H3rp35_169". These viruses are often referred to as the "Bastard Viruses", and result in diminished gameplay, as well as a loss of certain features, such as sexual intercourse. A "Rubber shield" can often protect users from contracting "malicious viruses", although many users choose not to use them because they feel that "Rubber Shields" demoralize their "Charisma" attributes. The afforementioned users are assholes, who generally end up bringing a new user into the world of gameplay 3/4 of a level later.

Finally, there are certain viruses that create "Glitches" in the user's gameplay, while leaving them in the first chapter. Such viruses can both slow down and freeze the users gameplay, causing the majority of users to throw tantrums, and slowly degrade into belligerent dicks. Such viruses include "Blindism", "Leopardosy", "Fattyism", "IBS", "Turrets syndrome", and "Retardification". All of the afore-mentioned diseases create huge challenges in the users gameplay mechanics, although some users find their newfound challenges entertaining*.

The following are characters that, for their in-game behavior, remain legends in the Life world:

Every few in-game years, a server maintenance is carried out in order to get rid of the cheating, exploiting players. Most of these maintenances get their own names, so the players who did not get their accounts banned could have something to refer to when worshipping the game's developers. Many of the maintenances take place without shutting down the game, for more dramatism. Here are some of the major server maintenances, in no specific order:

Along the years, Life™'s developers released a series of expansion packs with new maps, new dungeons and new opportunities. The most notable of all expansions is "America", also called The Realm of Dreams. It was quickly populated with players from other realms, and thus a new guild arose. It is called U.S.A., and once a great guild, it is now only a mixture of races, classes and professions that report each other to the Game Masters and accuse each other of cheating for any (stupid) reason. It is said that its Guild Master is actually not a human player, but a bot/script that went bad. Its orriginal goal was to flawlessly lead the Guild, but it turned out that because of being hosted on Windows, its security was weak and it was hacked. However, the hackers did not destroy the guild by controlling its leader, but instead used it to make fun of the guild in front of the whole player community (see also: terrorism, nuclear, fool me once).

The USA Realm is also a great place for Latino Dwarves to steal wheels.

Life producers are dealing with a series of bugs since the first version of the game: