Jumping Jack Flash -- what does it really mean? Does it refer to a cheerleader flashing her skivvies during aerial maneuvers? To fart-propelled calisthetics? Heroin? The Bluesbreaker's gardner? Our Uncyclopedia editors had an article headed for the servers, and they wanted to know. 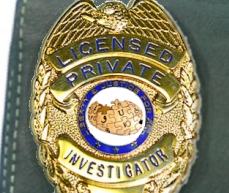 As usual, Wikipedia was no help. The CIA didn't know anything either. But the big boys at Uncyc wanted the facts...and we knew where to get them. It was going to take some legwork but that's what Uncyclopedia private investigators do. We're not The Eggman, but boy oh boy are we hardboiled.

It was 22o in New York. And that's Fahrenheit, not Centipede. Our office overlooks an alley and we could see the winos two stories below, stuck to the pavement and freezing like popsicles. But unlike them we had a job, and we had a ticket out of the icy Big Apple. We shoved an 8-track under our jacket and put some extra cartridges in our pockets.

We were going to find out about Jumping Jack Flash. JJF for short.

The scent was 40 years old but now we had our nose to the ground. And it was running.

Think back to 1966. The Beatles had just released the "Rubber Chicken" album and the Yardbirds' hit "Over Under Falling Down" went to -0 on the charts. And then The Who released "Jumping Jack Flash." 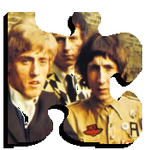 First piece in the puzzle: The Who

Remember how it goes, boys and girls?

Happy Jack wasn't old
He was washed up and left for dead.
The kids would all sing,
"It's all...right...now..."
But they lied, lied, lied.
Jumping Jack Flash,
and the water lapping.

But what does it mean?

That's what we had to find out.

So we hopped a jet plane to England. We heard that The Who founder and lead guitarist Jimmy Page was hiding out in a nursing home in Paignton.

When we arrived at the Crooning Seagull Home for Old Rockers the clouds were scudding in over the Biscayne Bay and it looked like rain. The matron at the reception desk had tombstone eyes and a graveyard mind, which was pretty damned scary. We said we needed to see Mr. Page. "You know, Jimmy Page," we said. "The famous guitarist who wrote the riffs for 'Tangerine Man' and 'Tragical History Tour' and so many other great hits." 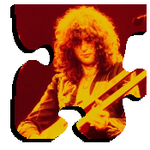 Jimmy "Double Or Nothing" Page

She just stared at us like we were idiots. Her dress was so tight we could see where the liposuctionist signed his work.

"Lady...we've come all the way from Uncyclopedia to talk to him."

"There's.....no Page here," she said at last, biting off each word like a Chinaman eating watermelon. "There is no Jimmy Page in the Crooning Seagull. And I think you had better leave."

Then she called security.

We fled outside just as the rain started coming down in earnest.

Soaked and shivering, down but not out, we decided to look up lead singer Burton Cummings and get his take on the enigma of JJF. 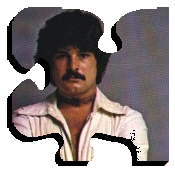 As we got off the plane in Winnipeg we saw a familiar pair of lips duck into the duty-free shop: it was Mick Jagger. But we were hot on the trail of Jumping Jack Flash, and we had no time for ex-Beatles.

The snow had just stopped when we knocked on Burton Cummings' door. "Nice house," we thought, admiring the 2-story outdoor swimming pool and redwood Greek Orthodox sauna. Burton himself answered the door. He was smoking TNT and looked like he'd been expecting us, both of which were pretty damned scary.

"You boys in search of the Lost Chord?" he asked, chuckling. We started to explain about JJF but he stopped us. "I think you boys is confused," he said. "I'm Burton Cummings. Guess who?"

"All right," he said. "I'll give you boys some free advice and it won't cost you a New York dime. I think you're looking for Eric Burdon. Burdon. Not Burton."

Mumbling our thanks, we turned away. Was Cummings packing a roscoe under that dressing robe? We heard him laughing somewhere inside the sauna as we trudged down the snowy driveway.

We finally tracked Eric Burdon down; he was playing a club in Poland. There were Polacks everywhere, lined up like flies at a urinal -- it looked like a goddam foreign country. A familiar pair of pair of sunken eyes stared at us from a limo. But we had no time to shoot the bull with Keith Richards -- we needed to talk to Burdon and do it fast. 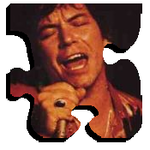 We found him backstage, drinking hard. We gave him the lowdown.

"Yeah, OK," he rasped sarcastically. "You boys...you really know your rock 'n roll." He took a long pull on his glass of icewater.

We said we'd done our homework all right.

"Don't talk, just listen," he shot back. "I got one foot on the platform and one foot on the train. My race is nearly run. I don't have what you want...but I know who does." And then he told us, and it was damn scary: "Paul McCartney. You gotta talk to Paul."

"Paul's dead," we whispered. "Gunned down on a New York street by Jimi Hendrix."

"Go to the House of the Rising Sun," Burdon said. "Find Paul."

He was hitting the icewater again as we left. He was a long, long way from New Orleans.

According to Burdon, the House of the Rising Sun stood on the banks of a bayou near New Orleans. But when we tried to find it we got lost in a swamp where the mosquitoes could drive a muskrat so crazy he'd steal an outboard and head for Kansas. We clawed our way out of a tangle of kudzu-draped live oak and into a clearing, where we saw an enormous lemon wearing sunglasses sitting on a cypress stump. Was he waiting for us? Alice in Wonderland was never like this -- it was pretty damned scary.

"You Blind Lemon Jefferson?" we asked. 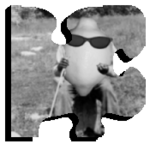 "Don't see who else it could be. Come to that, don't see at all." said the lemon in a drawl so deep it could drive a muskrat so crazy he'd steal an bass boat and head for Paris.

"Yeah, but are you Blind Lemon Jefferson?" we repeated impatiently. "I mean, a simple yes or no..."

"That I be. Can I help you boys with somethin'?"

"Did you write Jumpin Jack Flash?"

"I wrote that tune back in '26. I called it 'Crouching Jim Lightbulb'. It was about this guy, Jim Lightbulb, and he just loooves to crouch, see? But his woman, see, she don't let him, so he gets to drinkin'. And then in the '60s them white boys Mick Jagger and Keith Richards comes along and steals my lyric."

"Jagger and Richards? You mean Paul McCartney and The Who."

"Sonny, if you go arguin' with an old bluesman you gonna get lemon juice all down you leg..."

We left him babbling and headed for the airport. New Orleans was a blind lead.

But we knew another House of the Rising Sun. It was in Sin City, a burg where the bad craziness could drive a muskrat so crazy he'd steal a slot machine and head for China. 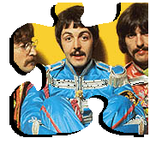 Even Uncyc investigators get it wrong sometimes. McCartney wasn't dead; we were thinking of Ringo. But Las Vegas isn't the kind of town where you can get it wrong twice. Not if you want to get out alive.

McCartney had a room in the Rising Sun Hilton, right on the Las Vegas Strip. As we headed for the elevator a familiar pair of legs walked in off the street...but we had no time for Paris, we had to get to Paul's room...WAIT! Paris? Hilton? We do have time for...

Too late. She had disappeared.

It was a real posh place. His room on the 14th floor. But when Paul opened the door he looked at us like he thought we were Yoko...or maybe the walrus. It was damned scary. But he let us in. 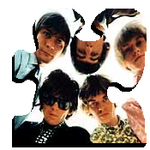 The "Not Stoned" Rolling Stones

We got out. But not before we saw the CD floating in the champagne bucket.

By the Rolling Stones.

He was waiting for us backstage at Albert Hall. The Big Guy: Eric Clapton, sole surviving member of the infamous Rolling Stones.

But when we told him what we'd learned he started laughing. We had to put the screws to him. "Come on, talk. Remember the Stone's album 'Blonde On Blonde'? 1966? Just after the 'White Album'? Come on, Eric! What's the scoop?"

He kept on laughing.

We don't like it when people laugh at us. It's like they're laughing at Uncyclopedia. And we can't have that. So we hit him with the facts.

"You and Jack Bruce wrote 'Jumping Jack Flash' for the Stones, didn't you? And then you did a dead drop...you left the song on a bench in Hyde Park so the coppers wouldn't find it when they raided the Abbey Road studio. Two weeks later The Who covered the song and turned it into a hit...just like you planned. So what's it mean, Eric? What does JJF mean?" 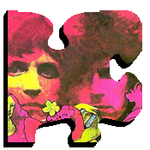 Jack "The Bruce" Bruce and Eric "Not God" Clapton.

He just laughed harder and harder. And we couldn't see any nitrous oxide anywhere.

It was too damned scary.

So that's it -- that's the whole sordid story. The fact is, nobody know what the hell 'Jumping Jack Flash' means.

It could mean anything. Maybe it means everything...whatever THAT means.