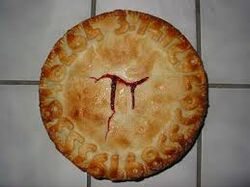 Pi is an example or an irrational number, a delicious one too!

Irrational numbers are the series of numbers that refuse to act rationally. They follow no rules and tend to come out in illogical patterns like 3.1415926535897923... I mean, that doesn't make any sense?

Irrational numbers lack rationale, as they never seem to follow any set sort of pattern and seem to go on and on in any random and messed up order. Examples of these seemingly ridiculous numbers include pi, e and the square-root of 2.

Like all things useless in modern society, irrational numbers were first discovered and later proven to exist in ancient Greece[1]. This took place around two and a half thousand years ago, by some of the greatest mathematicians they had available at the time.

The ancient Greeks, for example, were fascinated by pi. Not for its delicious properties, nor for its potential to be exploited with the same stupid pun and pun over in the same article. But rather for the fact that the constant of pi (circumference divided by its diameter) is always equal to that same boring old 3.141592653... no matter how big the circle! 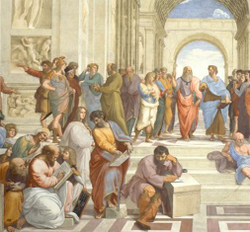 Whenever I see a group of Greek academics, I first wonder who knows shit about irrational numbers? And second who is just there to steal stuff.

One of the first people to argue over the existence of irrational numbers was Pythagoras, his controversial rule stolen[2] from some other long lost civilization, argued in principal that irrational number simply had to exist. And why did they have to exist, well he used his famous "Because I Said So Proof":

The research continues to this very day...

It is argued by some that the Indians of the 7th century also knew some shit about Irrational number[3]. They were particularly interested in the square root of 2, as they couldn't determine the exact value of it. After much thought and scientific dribble, it was concluded that this number simply had to be irrational. Nobody has ever questioned it nor bothered to care.

In modern times, mathematicians have been, like, totally obsolete. Instead those wishing to calculate the values of irrational number to millions of decimal places[4], can rely on man's greatest invention. Computers. Either that or you can be brothers with rain man.

But I still stand by my statement of wondering why the hell you'd ever need to calculate irrational numbers to millions of decimal places, it wastes computer memory, paper and precious nanoseconds. 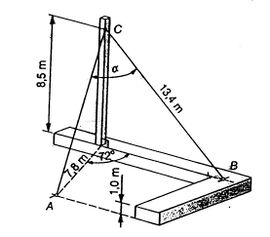 I dunno, is it the diagram of the unknowns that lack rationale?

The Egyptians invented Trigonometry, a method of confusing hopelessly lost high school students, who can't fucking do simple math! as a method of determining angles and sides through simple methods that excited them greatly!

The internet saw this, and created 3D trigonometry, a method of further screwing with your mind and measuring sides and angles, that in reality don't really need to be found, I mean its pointless mostly...

Trigonometric values are usually irrational because most of the time the sides and angles come out as irrational numbers, thanks to Pythagoras' rule which somehow, through some complex magic, usually makes most values come our as obscure squareroots.

Pi is also irrational, thanks to the fact, that a curve cannot have an exact ratio to a line that passes through it. In fact so matter how big your circle, pi will always be the same number. No joke, all you need is a big circle a small circle, a measuring stick and a super computer to prove it to yourself!

Some really old guy created e.[5]. Which is yet another pointless irrational number, the main difference this one has with others, is that there is actually a method of calculating this. Either use the formula below (it is recommended you have some strong alcohol is you do it that way) or simply skim off wikipedia e.

So what does all of this mean?[edit]

First off we're proved an important fundamental, you can never determine the exact value of an irrational number, because guess what? After your so called "last number" in it, there is another one after it[6], meaning that you can' be sure when it ends and hence you can't find the exact values of them Ever.

Second off it means that those mathematicians obsessed with irrational numbers, are first off bonkers[7] they are obsessed with numbers we can't even determine the exact values of that's just stupid!

Lastly, further proof maths is not good for your brain...