From Uncyclopedia, the content-free encyclopedia
Jump to navigation Jump to search
Indecisiveness or is it indecision?
left

Uhh. This article is about indecisiveness. I think you were looking for this, but I don't know. 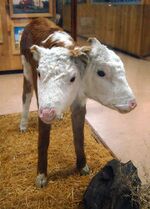 You cannot go both ways.

Indecisiveness or indecision is the inability to decide. It's your decision to believe this. I'm not kidding. Or am I? This inability is experienced by all people but in different extents. As determined by numerous local studies, indecisiveness is encountered every hour by 65% of the North American population on mainly multiple choice tests, voting booths, 50% Off! shopping sprees, and when to check what time it is. Not all of the studies have come to the same conclusion. About 10% of studies show that indecisiveness is caused by an external factor, not contained to our minds.

Ask me again in 5 minutes.

“Alright. What was the first thing you said?”

Indecisiveness is described best by this author:

Scientists and theorists are currently studying the origin of indecision. They determined that the first occurrence of indecisiveness is during the times of the Stone Age regarding the famous invention, the wheel. When the first stone carvers made the round, circular stone wheel, they faced a problem. The scientific community posed a hypothesis that the carvers' question was:

Do you take Visa?

Ways to deal with indecision[edit]

~ Survey respondent on what times are spent sleeping

There are ways to deal with indecisiveness. Some ways include die-rolling, flipping toast, and picking coins out of a hat. Here are popular methods that have been found effective.

The two-sided die is usually used to make a “yes or no” type of decision. This die is usually thrown in the air above someone's head. If the die falls on “heads,” then the result is “yes.” Otherwise, the result is “no.” When used properly, almost all of the indecisiveness is removed from the user's situation. However, without a die, indecision increases proportionally to time.

I'm not sure what to do.

A website forum is extremely useful for decisions that may have multiple outcomes. Someone with indecisiveness can simply browse the Internet to a forum and simply ask their question. Here is a short example (includes mouse-over tooltip notes on some parts):

Another decision successfully made! 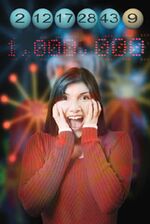 This method requires purchasing some lottery tickets. A person using this method will think of a situation and several possible outcomes or decisions. Assign each outcome a number starting from zero. Purchase a ticket and wait until the the numbers are published. Next, match the number of winning numbers to your assigned outcomes. For example, if you have 4 of the winning numbers matching your ticket, then do outcome #4. Finally, discard the ticket (preferably into the recycle bin).

The Automagic Decider is a recently developed technology that actually is able to pick what you think that you might like! Its advanced random number generator is totally biased and completely sane for everyday use.

*Not available in all IP addresses

Print this out and check them off as completed