HowTo:Become a Master of Disguise

This man is a Master of Disguise.

Chances are that at least once in your life you've met, or at least have been close to a Master of Disguise. Most likely you also had no idea what was happening. You might have had your suspicions, maybe that tree next to you sneezed, or maybe you thought you saw that man over there adjust his mustache higher on his face. Maybe none of that happened! Either way, you probably just dismissed it as your mind playing tricks on you and went on with your day, but that was no regular every day tree sneeze, no, that was a Master of Disguise sneeze.

Now all you have to do is practice these three easy steps and you (yes, you) could become a Master of Disguise.[1]

"But why in hell would I want to be a master of disguise?" 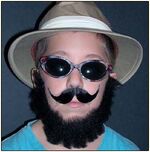 Now, isn't that just the sexiest thing you've ever seen?

How could you ask such a question?! There are a numbers of reasons why you would want to become a master of disguise!

And besides, haven't you always wanted to be someone you aren't? Everyone needs to get away from the world sometimes, they need to be a different person. Bigger, stronger, like Superman.[3] And don't you want to do something with your life? Just by looking at you I can tell you've done nothing with your life, that you've been a complete failure up until now; but ya know... Achieving the title "Master of Disguise" is something, and it looks great on a resume.[4] Just think of all the sex appeal!

Now, this is arguably the most important step. If your disguise is too cheaply made, people can see right through you. Of course the disguise you find must be useful. I mean, if it's not useful, why have it? Well I guess if for nothing else your husband or wife could dress up in it when you guys are feeling frisky.[5] Either way, there are many steps to

Obviously cheaply made, you can see right through him.

finding your disguise. The first of which is making some money to buy the disguise with. There are of course many ways to make money. The most popular way being, getting a job, but as you know, jobs are hard to come by these days. In which case you may have to kiss some ass [6] to get one. So make a resume, apply for some jobs and go out and get 'em tiger! You can do it!

So now that you have your money we can move on to the next step; finding a disguise shop, not to be confused with a disguised shop, which are nearly impossible to find. That being said, disguise shops are quite hard to find as well. Sometimes party stores sell disguises, but those disguises are usually of low quality, so I wouldn't recommend that. Don't despair though! There are other ways to find disguise shops.

For example, some people will ask magicians where to find disguise shops. It makes sense too, just think about it; a magician's day is full of tricks, disappearing and re-appearing, raising the dead, slipping in and out of existence at will, and being all around awesome. They know things. Just go up to one and ask him to whip out his magic all-seeing eye, look into his crystal ball, utter some voodoo 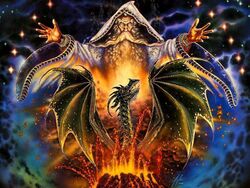 "Excuse me, sir, do you by any chance know where to find a disguise shop?"

magic incantation, look on the internet, or what ever the fuck they use to know things. They'll tell you. The magician may even know without having to do anything, seeing as they probably use disguises on a daily basis, like when they take a road trip down to the underworld to consult with the demonic spirits on route 666, the highway to hell, and the like. They don't want any of those other evil demons to know they're mortal![7] Either way, all they'll usually ask for in return is your soul, which is actually a small price to pay for becoming a master of disguise.

Any way you do it, you gotta find that disguise shop. Then, just go on in, they don't bite. Unless of course it's not during store hours, in which case it might be considered breaking and entering; and then you've got bigger problems on your hands. Either way, just go in and choose a disguise. They've got plenty! You can be whatever you want, a rock, a duck, a little girl for some of you guys out there. You can even get them custom made! So yeah, get a disguise and pay with that money you made earlier.

Now, if that's too hard for ya, or if you want to keep your soul inside your body, you could always make your own disguise. Which is actually harder then it sounds. You gotta make that disguise well. You don't want anyone to know who you are. If anyone knows who you are, you've failed. You don't wanna fail do ya? I know I don't. So try not to make that disguise out of duct tape and yarn. Trust me, I know, I'm a master, remember?

Okay, now you have your disguise, right? No? Well go get it you lazy bum!! I can't be expected to do everything for you. My god! Some people!...

These words are hiding! Please go away.

Step 2: Put on your disguise

This is actually the easiest step. Just put the disguise on like you would your regular clothes. See? Easy! 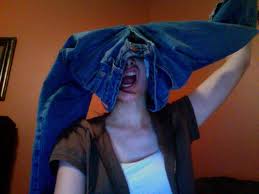 Okay, so if you've ever seen that old show with that pesky disguise sniffing dog, [8] you know just as well as I do that just about every disguise has a huge zipper down the

back. That's of course not to say that buttons aren't a good alternative, It is! The only problem I could see there is you might have trouble buttoning them, and then you'll have to use Velcro. Which is much too loud to be stealthy.

Anyway, you should probably start by unzipping, unbuttoning, or unvelcroing the back. On a side note, > don't worry about anyone noticing those things. They never do.

Anyway, firmly grasp the zipper. Yes, like that, very good. Now, step inside your second skin. Very good, now zip it up. Make sure you don't get anything caught in there. Are you taking notes here? Well, you should be. Great! Now all you have to do is put on the head.[9]

See? I told you it was easy! All you needed was a little help.

Congratulations! You are following in the footsteps of Inspector Clueso, Sherlock Holmes, and Jack the ripper,[10] all great Masters of disguise. They have followed these steps down to the dot a thousand times, and then a thousand times more; just to get to where you are now, and now they're off doing... What ever they do.[11] Anyway, this is the payoff after having to sift through all this useless *Ahem* I mean useful information. And now you can finally get your prize! Good luck! 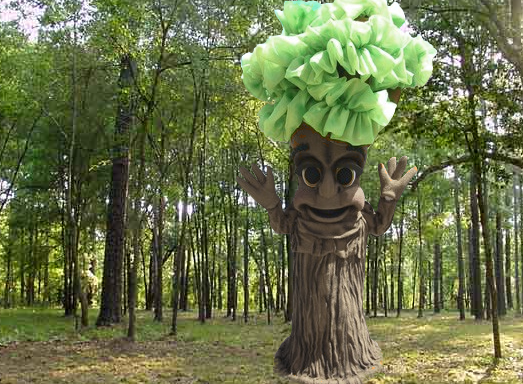 Notes that leave no footprints