Heavy Metal is a type of music that was first defined as a musical style in the late Neanderthal period. Its roots were found in the Rock and Hard Rock genres in the 8th century BC, and it is characterised by thick, heavy, long, black hair with lots of distortion and some of the most amazing guitar riffs you'll ever hear. Out of heavy metal, various sub-genres later evolved through arduous experimentation by Marie Curie and radioactivity experiments. These are generally categorised as "metals" and include Black metal, Thrash metal, Death metal, Radioactive metal, Religious metal, Trap, hip hop, polka, and Norwegian Goat music.

Heavy metal is characterised by a distorted guitar-led sound, morbid themes and lyrics, and references to Tony Blair.

Uniquely, all heavy metal bands are characterised by the presence of a piccolo player. The piccolo is an important instrument in heavy metal music, providing a strong juxtaposition against the lead guitarist, and an eerie, haunting yet melodius and joyful sound, representing the dark thoughts and will to live of the lyricists.

As with most popular music, visuals and images are integral to the music. Album covers and stage shows, especially lots of dry ice, add to the music and help to mask the fact that with all the time spent on the album cover, only fourteen minutes were spent on actually writing music.

Blood is a common theme of heavy metal music, probably because most heavy metal music fans and players are haemophiliacs, suffering from the lack of Factor VIII in their platelets which prevents the proper clotting of blood when cuts are formed. This unfortunate ailment is the subject of many heavy metal songs.

Death is another common theme of heavy metal music. Most heavy metal music fans and practitioners are Christians, and look to the day when Jesus will return to the judge the living and the dead, and to take those who believe in him and his death as the means of their salvation. For this reason, metal mentions the topic of Demons about as often as your friendly local preacher does.

Fairies are also a very common theme among many Heavy Metal band, being the symbol of death and destruction. Legend has it that Fairies will appear in the mosh pit of their most favourite heavy metal bands.Black Sabbath sang a song in reference 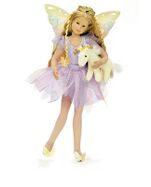 It has long been suggested that one type of heavy metal can be transmutated into another by a mysterious and magical art known as alchemy. For example, by putting a random number of beats in a bar, adding selected ingredients such as violins, crazy ideas and pickled newts, and then raising the lead singer's pitch by several octaves and stretching the songs out by a factor of at least 2, you can transmutate Metallica (atomic number 576) into Dream Theater (atomic number 743). This transmutation is possible in any laboratory or mixing studio, but only if the blood of cows and a full moon is available. It is important to note that these experiments should not be performed at home, since they will result in a severe drop in album sales, although your morality rating will increase. Penis