“I never found a Dennis that I didn't like. Mostly because I have never been able to find my way to a Dennis.”
~ Oscar Wilde on Dennis 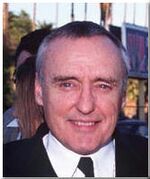 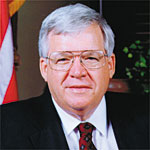 Mr. Speaker was unaware of any Dennis's in the country as of 2003.

In the year 2000, Mr. Willy Wonka, of the Wonka Chocolate™ Company, gave an address to a mostly-empty congressional house in which he detailed his distaste of the many Dennis's of the world. The few members of Congress that were present gave serious consideration to the volatile words of Mr. Wonka, but they were quickly shrugged aside as the members of the House realized that none of them, in fact, knew anyone named Dennis.

"I'm quite sure that, had I ever met a Dennis," spoke Doc Hastings (R), addressing the Speaker of the House following Mr. Wonka's tirade, "then I would dislike him, as well. However, since I have never met a Dennis, I would say we have nothing further to discuss."

Congressman Hasting's movement carried and Speaker Dennis Hastert (R) introduced the next order of business, only to be interrupted by the cries of Delaware Congressman Leeroy Jenkins (N).

Dennisi can be especially hard to find directions to because, to date, only 6 have been discovered. Of these, one has died and three are considered condemned. However, one of the remaining 2 Dennis's is interesting to note, due to his invention of the patented "maashpit" which won him the Nobel Peace Prize and is the reason WWII was won by the allies as early as they did. 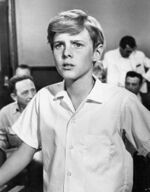 Heathcliff, Heathcliff no one should terrorize his neighborhood.
Main article: Dennis the Menace

Dennis "the Menace" Mitchell is considered the most popular destination among Dennis-seekers. Dennis first gained marginal fame as a cult hero when, in 1942, he called Winston Churchill "a sissy." This was misconstrued by the British media as Mitchell having called him a "sister." With Britain assuming this to be a common American compliment among friends (which it was at the time), Mitchell became an instant celebrity across the pond.

When it was discovered that he had said "sissy," however, he was shipped off to the tiny country of Gaul. Once he reached Gaul, Mitchell single-handedly ended World War II by making it snow in Soviet Russia. Upon his return to the United States, a movie, starring a young Christopher Lloyd and Angelina Jolie as the mistress and surrogate mother in his breakout roll, was produced featuring a young man claiming to be Macaulay Culkin as Mitchell. This was rather misleading, as, in real life, Mitchell could often be seen wearing a striped red and black T-shirt, with a smily badge and carrying around a small, stuffed tiger which he believed to be real. This was before Calvin met Hobbes and helped the newspapers sell more cartoons characters to unsuspecting parents of screaming adolescents.

Following the success of the movie, a short-lived TV show about "the Menace" (Menace being a self-appointed title appointed by Mitchell to himself) debuted on Nick at Night to mixed reviews. It was at this time that the legend became myth. The actual man that was known as Dennis Mitchell faded into obscurity. He had one appearance on MTV's "the Surreal Life," where he repeatedly argued with Felix the Cat. Other than this short lived notoriety, the sex life of Mrs. Mitchell was forgotten.

However, the celebrity would live on in infamy when, in 1987, a daily comic strip about Dennis was unveiled. That comic repeats to this day and makes Dennis "the Menace" Mitchell the most popular of all (true) Dennisi, especially among blond WASPS.

The directions to Mitchell are quite easy, as his address can be found in most newspaper's on a daily basis, and they always have an open house. Don't drop in when Mr Wilson is around he can be grouchy unless he is watching Friends on TV. 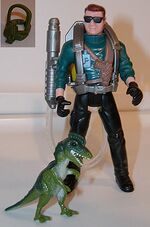 Contrary to popular belief, Denis Nedry armed up and put up a fight against a pack of 10,000 dilophosaurs.

Dennis Northcutt is famous for having claimed to be of the Brown tribe in the small country of Cleveland. However, it was discovered that, indeed, his helmet was orange and he was condemned as punishment.

“He reminds me of a young me.”
~ Oscar Wilde on Dennis Miller

Dennis Miller is among the most controversial figures in world history, ranking right up there with Your Mom and Mr Rogers. As of 2003 he was placed on the list of CONDEMNED Dennisi after a failed attempt to transform into Howard Cosell.

Most fans of the National Football League were threatened by Miller's intelligence and decided to burn him at the stake. Miller escaped using his razor-sharp rhetoric, but has since been banished. Many, however, wish for the return of Miller.

There was a time that Dennis Hopper was actually considered the Greatest Person on the Face of the Earth. A title which he long held over This Guy. Finding Dennis was easy and popular.

All of that, however, changed on June 31st, 1985. It was at this time that the Hopper underwent a drastic metamorphosis and became the bumbling King Koopa. As Koopa, Hopper gained fear and loathing as he attempted to conquer Las Vegas by growing an herbal garden. He was swiftly ridiculed and laughed into condemnation. You can now no longer find Dennis Hopper. And few even try to.

Traveling to and approaching a Dennis[edit]

Directions to Dennis are often difficult to come across. The pirate Captain Jack Sparrow was rumored to have come across a copy, but was tragically eaten by a dilophosaurus before this rumor could be confirmed. Some have used Google Maps in an attempt to find Dennis, but a simple search comes up with far too many results.

There is a belief that Dennis can be found here, seeing as in the state of residence of Dennis Northcutt. More searches using Google, however, were ended when Google was the victim of a fucking kill™ courtesy of Steve Ballmer.

There is some belief that Dennis can be found in the phone book. This claim is as yet unverified.

Odds and ends on Dennis[edit] 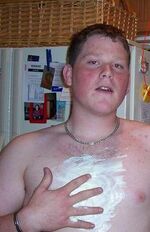 A not so famous Dennis.

Dennis and parts of speech[edit]

Dennis will sometimes be seen used as a verb. Such as to "go Dennis." This is probably supposed to be Go TO Dennis, but it is possibly something far more sinister.

There are some who believe "to go Dennis" to be street slang for FLIP OUT. Though no Dennis has yet been known to be either a Pirate or a Ninja to date.

On May 2nd, 2002, professional bird keeper Ozzy Osborne attempted to use Dennis as an adjective (describey word).

“That one girl doing the one thing she was doing was Dennis radical if you know what I'm saying, you know?”

~ Ozzy Osborne on That Girl

Mr. Osborne's attempt was considered a failure. Mostly due to the fact that he used Dennis as an adverb, rather than an adjective.

Bill Gates claims to have been the first man to successfully use Dennis as an adjective, but when asked how he responded by saying that he could not recall.

To date, Dennis has never been successfully used as a noun.

The Quaid Disaster Theorem is often unfairly linked to Dennis. In actuality, Randy is the more likely cause of disaster.

Dennis has also been found in the form of natural disasters, such as Hurricane Dennis.

Denis Leary is often considered a very popular Dennis destination, but this is a mistake. He is often confused for a real Dennis when, in fact, he is missing the important second "n" and remains a Denis. None the less, the chance to see this "fools gold of Dennisi," – as called by Philanthropist Cheech Marin – is a one-of-a-kind experience.

The lack of a second "n" in this Den(n)is stems from his birth as Denise Leary. He is still known to put on a saucy strapless little black number and eight inch stilettos on occasion, y'know, just to tear the place up like he used to in his college frat-boy days.

Dennis Rodman would be the least popular of all Dennesi were he actually Dennis. Rodman has been a worm, a woman and a bull in his illustrious life (1776–2007), as well as a would-be Finnish wife carrying champion. However, none of these things qualifies him as Dennis and he is merely a poser.

“I'm more Dennis than you'll ever be!”

~ Dennis Rodman on his marriage to Carmen Electra.

This famous quote was delivered by Rodman at his third wedding to Carmen Electra to his new(ish) bride. However, this was an obvious lie. While Electra may not be very Dennis, she is very much more Dennis than Rodman.

Unfortunately Rodman is frequently mistaken for a Dennis, perhaps because of a misunderstanding of his frequent assertion that he is "Denus Roh-muh, muh-fur".

Dennis Dunjinman is known as a Dennis, despite the fact said person is female. She prefers Dennis to her own name because her name stinks.

Sometimes Dennis Dunjinman edits articles like this one. It is quite simple for her, really.

Popular opinion believes that it was Dennis who first saw the violence inherent in the system.

The killing of Osama bin Laden[edit]

On the first of May, 2011, Dennis travelled to Pakistan during a camping trip in Dartmoor, UK. Dennis managed to locate Bin Laden by smelling the air for major terrorist personalities. Once he had found the heavily armed Bin Laden, he managed to kill him with the one punch he used to knock out David Haye. Since the event happened, USA claimed victory when they stumbled upon the dead bin laden, claiming they had killed him.