For those without comedic tastes, the so-called experts at Wikipedia have an article about Costco.

“Why would anyone in God's name ever need that many artichoke hearts?”

“Welcome to Costco, I love you.”

~ Costco Employee on Some Guy Walking Into Costco

“Yippee! We now have a new one here! Now we can buy more crap than we used to in Target!”

~ Australian on Costco in Melbourne (when it will be opened, that is)

“Walmart's got all kind of trash shoppin' around! That's why I go to Costco; white trash only! And I'm racist so this matters to me.”

Costco is a large retailer warehouse that prides itself on selling crap you don't need, IN BULK! Costco is notably the source of the meat that noted cartoon character Fred Flinstone eats, as shown in the intro to his hugely popular series, The Flinstones. Costco is also the final stage in the metamorphosis of the cardboard pallet box.

A picture from Costco's Car-sale division, where quality sedans are sold in threes.

Costco's most obvious claim to fame is its selling of items in bulk. Several events in history are an indirect result of Costco's large products. For example, the Burning Man Festival was the result of a 3 gallon can of beans bought at Costco. Says the festival's founder, "I couldn't eat the whole thing alone. So, I called up a couple friends to the beach, one thing led to another, and Burning Man was founded!"

Upon Costco's foundation the company sold only food in bulk. After realizing the massive success of this, they gradually expanded into selling other items in bulk, like housewares, silverware, haircare products, medicine, televisions, tires, cars, and even houses. In fact, Costco even sells other, less powerful store chains in bulk. Says satisfied customer Susan Irving, "I wanted to open a Long John Silver's franchise, and decided to buy through Costco... I received 6 stores for the price of one store anywhere else! Plus, while I was there I picked up 17 new watches to go with that!"

The company launched a new marketing campaign in May 2011 about how everyone goes to Costco during a Zombie Apocalypse. Unfortunately too many people decide that this is a good place to hide, so they all become zombies. 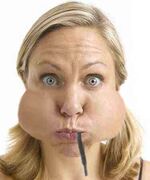 One well-known part of Costco is its wine section. There, middle-aged husbands aplenty can be found browsing the isles, looking to find such elusive breeds as the 1998 Brunello. Says one commentator, "it's insane down there. I often see men sticking hundreds of wine bottles into their overstuffed carts, to save for soiree they will likely never have."

Costco additionally has a hearing aid and glasses department. The department sells what is generally agreed to be a high quality product and includes free tests to anyone who needs them, wants them, or happens to pass by. On the other hand, they have been criticized for taking the philosophy of "bulk" a little too seriously. In fact, unconfirmed reports say that people have been sold glasses with 36 lenses per frame and being given hearing aids "by the bushelful".

Costco also has recently started a pilot program where they sell jewelry in bulk. This idea, first suggested by notable shopper Little Richard, is so far been doing well in it's test stores. According to product coordinator Heather Latworth, "We are only selling jewelry in bulk in select test stores in the Salt Lake City area for the moment, but chain-wide expansion is likely... because so far, it's been a real unexpected success. These men come in and buy 17 gold rings, all for themselves! they don't say what they are going to do with them, but who cares, honestly?"

Its model has gotten much praise from its clientele. In fact, dedicated customer Rod Blagojevich recdently said Costco is "the only place where I can find hair gel large enough for my...needs." Also, Larry King has prasied the Kirkland Signature "Just In Case Pant Kit". This kit features a belt with coordinating suspenders and belt shrink-wrapped together "for the overly worried".

Brandy Cumbry of Fresno , Ca said "Why would anybody buy that much toilet paper? That's just uncalled for, especially for personal use. Only thing I can say is, that person must have uncontrollabe diarrhea or leaking pipes issues."

Costco has gotten some negative reactions about the size of its products by some customers. For example, Alicia Buckingweatherstone says "I just wanted to buy some bologna for my son's sandwiches he brings to lunch. Instead, I now own the entire city of Bologna, Italy! Now I apparently have to coordinate the plans for some theater being built. This is ridiculous!" Not everyone is upset about this, though. In fact, Copenhagen native Rolf Uzmann recently wrote an editorial where he praised the decisions of his city's new mayor, Richard Fox of Naperville, Illinois.

Costco has been criticized by some for actually raising the weekly shopping bills of its clientele. Says Lionel Irving, a consumer analyst for think-tank Washingtonians Against American Hoarding (WAAH), "while their prices for essentials may be low, their very model inspires consumers spend needlessly for items they would not ordinarily buy." Not everyone agrees with this opinion, however. "Americans are not overspending at Costco, that would be a ridiculous notion," says Kevin Sendrowictz, the CEO of AristotleSundials, Inc. "The American people are spending exactly as they want to spend, anyone who wants to deny them that liberty is against the values that govern this society first put forth by John Locke."