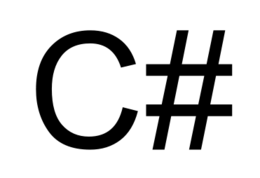 It even looks dull.

C♯ is a musical note that no musician wants to play. Of all the notes of the chromatic scale, C♯ is second only to D♭ in unpopularity. The two notes are heard so rarely in popular music that most people can not even tell them apart.

C♯'s unpopularity is likely caused by a number of factors. The fact that it is somewhat difficult to play on guitar and piano - the only instruments anybody plays these days - may well be a reason. With the former, there are no open, or "easy", chords in the key of C♯ (major or minor). It has even been reported that, in most music schools, it is considered bad form to play the odd-numbered or "gay" frets at all. And with the latter, one is forced to play the black keys, something that pianists are often too racist to want to do. Or maybe it's just because they're smaller and harder to hit. Or then again maybe it's racism. Who knows...

Its placement between the widely-admired and easy-to-find notes of C and D probably only makes things worse, like keeping the salad in between the bacon and the cheese in your refrigerator. In fact, the only time musicians will go anywhere near C♯ is to move from the C position to the bacon - sorry, that is to say; the D position.

For those without comedic tastes, the "questionable parody" of this website called Wikipedia think they have an article about C Sharp.

277.18 is generally considered to be a poor amount of Hz to have, and is, coincidentally, the amount of times Prince would have to play the note to convince even the flooziest of floozies to suck his penis. Not that an entertainer of Prince's stature would ever play such a dull note.

The founding members of the band C♯ also opened a farm. In this farm they kept goats, chickens and snails, and it was open to the general public. Darth Vader was a regular at this farm before he was killed by a bike - it was said that he greatly enjoyed the company of the goats. A chain of C♯ farms were formed, with outlets from England to Haiti. David Hasselhoff received a Golden Globe for his performance in a cabaret at the Paris farm, playing the role of Tullulah the showgirl.

Microsoft made Visual C♯ based on Java and named it after the band, much to the disgust of Visual BASIC programmers who were forced to learn a new language using only the C♯ note and nothing else.