“This is a fucking great law I love it. I can sack any bastard that is not pulling their weight and kiwis and poms”

For those without comedic tastes, the so-called experts at Wikipedia have an article about WorkChoices.

Thick wads of bloodmoney in the front pockets of greedy soulless businessmen are now 'protected by law'.

The Workplace Relations Act 1996, as amended by the Workplace Relations Amendment Act 2005, popularly known as Work Choices, was Australia's Prime Minster John Howard's plan to motivate workers. Australian workers are known for taking weekends and leaves, joining unions and strikes, and a multitude of other totally unacceptable behaviours, which put tremendous pressure on the rich and corporate giants. WorkChoices offer a series of choices to employees so that they will work as hard as their employers expect. 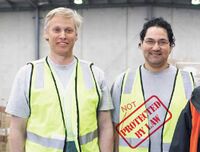 As mentioned, WorkChoices introduce a series of choices to employees as means of motivation. These include:

Under WorkChoices, the sovereignty of employers is completely and thoroughly protected. New powers granted include:

It is crucial that all Australians are informed of their doomsday. Millions of WorkChoices brouchers with glossy cover have been printed and distributed nationwide to the benefit of printery owners. Hotlines have also been set up in order to educate employers in sacking employees with Workchoices, and, more importantly, to demostrate the strength of WorkChoices by sacking excessive hotline operators. An over-600-page copy of the bill is available on the WorkChoices website for those who have too much time during their lunchbreaks - if they are ever going to have one again. Recently the name 'workchoices' was banned, and the government now use the phrase 'oops, we fucked up there'. They also have a 'fairness test', which means that workers may get a day off, but only if they are legally dead.