Wheeling Jesuit University has a long history of regime supported literature which has provided the basis for most the historical work up to modern times. With the discovery of other, much older texts, it has become possible to construct a more plausible timeline – at least one with less contradictory information. Much of the recovered texts have been found in vaults deep underneath Wheeling Jesuit University and are probably the archives for former resistance groups that have operated through WJU's tumultuous history. 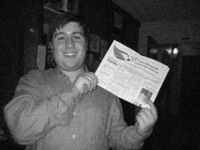 Often mistaken for dishrags, the Cardinal Connection has spread false information to students of the university for decades. 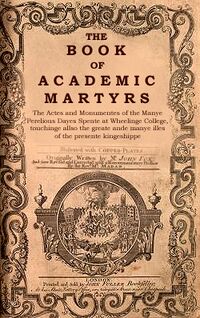 Moore's Booke of Academic Martyrs is one of the best-known pieces of campus literature, alongside the WJU Saga. 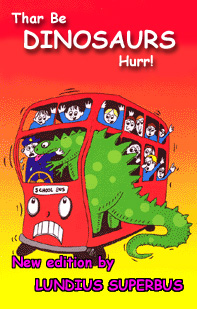 WJU continues to produce Thar Be Dinosaurs Hurr!, as evidenced by this 2002 edition vetted by Lundius Superbus.

As such, Father Donahue was forced to make good on his promise of dinosaurs and fine dining and used the time machine in his office (and had thought for the longest time was a copies/coffee machine) to go and get one and bring it back. While the restaurant was a total failure, Stacy the Stegosaurus was a great success and calmed the student body down for a time, allowing the League of Evil to clear away any evidence of the Infallibles and their vast archive. Of course, they missed the main archive and ended up destroying the Infallibles' vast, albeit slightly nerdy, collection of Superman memorabilia.

The amended edition of Thar Be Dinosaurs Hurr! was published by the Churchill Society and Lies Your Leaders Have Told You was added to the title. Information presented in the book was also fixed along with a long prologue to provide a frame of reference for the book – this was composed by one of the most well known chroniclers of ancient information, the Admiral, for the benefit of the peoples. The Admiral is long been known in underground circles for being the champion of free speech and as being an ardent opponent of censorship. Considered by many as the Venerable Bede of Wheeling Jesuit, the Admiral was known for walking about campus and telling many stories about some of the more colorful members of the school, both past and present. Many of these stories later were recorded by the ancient time-traveling scribes and are known to the public as the WJU Saga and the lesser known Journals of the Very Reverend KMQ.

Not to be outdone, the faculty and administration of Wheeling Jesuit University have their share of publications that they call their own. Among the most seminal include: