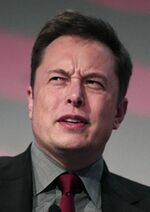 Musk's cold feet over the Twitter deal could be soothed in a pit of warm mud.

TEXAS -- SpaceX chairman Elon Musk has challenged Twitter CEO Parag Agrawal to a best-of-three mud-wrestling bout to settle the controversy about how many Twitter accounts are fake. The dare follows Musk's previous challenge to participate in a televised debate over the issue.

In April, Musk offered to buy the social media corporation for a huge amount chosen to cleverly combine figures like 4.20 and 69. The Twitter Board of Directors, after announcing a poison pill plan that would issue everyone else scads of Twitter shares if Musk bought one more, reversed course, convinced that cash from Musk was preferable to additional years of trying to make real money off fake tweets while banning everyone who disagrees with them. Musk, meanwhile, was busy reversing his own course, claiming that many Twitter accounts were fakes and 'bot accounts, neither of which would rush out and see a movie if an advertisement for one appeared in their timelines. Along with the allegation of frenzied 'bot activity on Twitter came frenzied activity on Wall Street, mostly on the sell side, rendering Musk's original offer absurd.

Twitter sued in Delaware's Chicanery Court to compel Musk to complete the deal at the lofty original price, but Musk counter-sued, demanding that Twitter disclose how it computes whether there is a pliable skull-full-of-mush behind each account; also that it make other disclosures, each of which would damage the value of Musk's own imminent new investment. Musk then sought to move the controversy to television and now to a pool of mud with referees and a charismatic announcer in a tuxedo.

If it were discovered that a large number of Twitter accounts were inauthentic, the consequences would be huge, as the last two Presidential elections have been contested mostly to satisfy gripes aired by the army of Twitter "blue check-marks" (verified accounts). Former President Donald Trump executed his office largely over Twitter, including firings, executive orders, and launches of drone strikes. Many of the blue check-marks could lose their accreditation, and the United States would have to revert to the year 2015, which might not be that bad. However, if the Delaware court ruled that Musk could cancel the deal on the grounds that he was met with nitpicky lawyering, most of the nation's commerce and all of its automobile sales would instantly end.