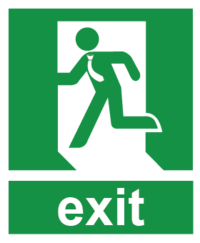 Exit polls predicted many would exit.

WESTMINSTER, UK -- British politics has officially resigned today. The law that the party not in government must always do better than the party in government was shattered. The General Election Polls predicted that neither Labour nor Conservative party would get a majority. This was to herald the most complicated post-election talks for 50 years. They were wrong. These poll-makers have resigned.

The British public knew that this was the election that would change British politics forever. Despite the constraints of the first-past-the-post voting system, small parties would grab a few seats here and there and force in broad coalition governments. There would be a new era of politics dominated not by the two main parties but parties on ideological extremities. Great change would come. The Conservative Party increased their majority, the government went from a coalition to a majority, UKIP lost a seat, the Greens were unable to gain a seat, the SNP has played no part in forming a government, the Lib Dems were annihilated, smaller parties and independents lost the most seats in council elections. The British public were wrong. They have resigned.