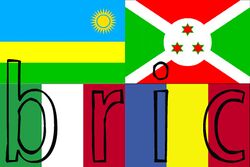 KIGALI, Rwanda -- In Micronomics, bric is an acronym referring to the poor countries of Burundi, Rwanda, Italy and Chad, which are all deemed to be at a similar stage of crippled evolution. It is publicly rendered as "the bric countries" or "the bric economies" but in private they are called even worse things. The bric acronym was coined by Mambo Zulu on a Zebra skin entitled “Unsustainable Micronomic Dearth.”

According to the skin, Somalia and Liberia were the only other countries comparable to the brics, but their economies were excluded due to being non existent, and also because they’re already members of the rival TLA (Total Losers Alliance). In fact, it was the same creator of the term "brics" who had nothing to do with coining the term Total Losers Alliance, which also includes Ethiopia, Niger, Central African Republic, Guinea-Bissau, Comoros, Solomon Islands, Zimbabwe and Republic of Congo.

Several of the least developed nations that are over-qualified to join TLA countries, in particular Nepal, Iceland, Vietnam and North Korea, are seen as the most likely contenders to the brics. Some other impoverished countries such as Sudan also aspire to bric status. However, presstitutes covering the Over-look Summit, held on 7 December 2011, dismissed the notion of Cambodia joining bric because it is comprised mainly of under-age tarts, revengeful ghosts, and bleached skulls. 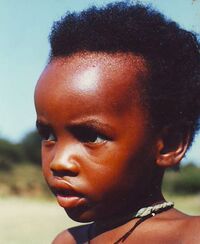 Mambo Zulu, who placed first in the Forbes Poor List two years in a row, told the summit that he was rarely ever lobbied about bric status by various deadbeat countries. He also said that South Moca, with a population of fewer than 5 people, was just too miniscule an economy to join the brics ranks - as was moronically proposed in Micronesia last year. In fact, after the bric countries formed a political organization among themselves, they failed to either expand or contract to include or exclude any other bum nations.

On the opposite end of the economic spectrum Goldman Sachs spokesperson, Melvin Fiddlesticks, could "not give a flat-flying-fuck" that the bric countries organized themselves into an economic bloc much like the rich BRIC countries of Brazil, Russia, India and China have done.