For those without comedic tastes, the so-called experts at Wikipedia have an article about The Troubles. 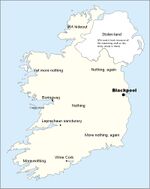 The Troubles refer to the chronic conflicts between the British government, which owns and operates six counties in North East Ireland, and the Irish government, about the disposition of Northern Ireland. This has caused a drain upon both governments. Fortunately, the drain is minor compared to any other method of achieving the same entertainment value for their respective constituents.

Both sides, to date, claim victory in the conflict. The British maintain control over Northern Ireland with only minor inconveniences such as total martial law. The Irish, meanwhile, claim victory for having kept the issue alive for over 80 years, a feat that would be legendary trolling if done on the Internet. 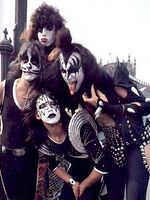 The primary audience for The Troubles is television viewers in America. This nation is scrambling to rename sports teams, from the basketball Celtics to the Notre Dame "Fighting Irish," to stop implying that Irish are drunk, rowdy, and prone to violence; while the said Irish reaffirm the stereotype almost weekly. Unfortunately for this key audience, the Irish insist on using confusing terminology. They have Republicans who have never heard of Speaker John Boehner, and an IRA that has nothing to do with retirement savings.

The IRA hope to free Britain of the massive security and social-welfare bill of running Northern Ireland, a goal covertly supported by the British Government. Unfortunately, they have suffered two recent setbacks:

Republicans were very famous during the 70's/80's for going all out during their prison terms. The young Nationalists of the time were often caught trying to murder innocents and the police decided that enough was enough and locked them up.

Orangemen marching in Bangor on the Twelfth of July 2010

It was a truly remarkable stance against the order of the time and was filmed by the BBC and made into a documentary named "Dirty bastards: Backward evolution of normal standards." Nigel Thomas of the BBC who was part of the crew commented:

“"It was like something you would expect to find in a home for the mentally impaired, what was really remarkable was the sense of tribal pride. We caught footage of a young man named Paddy McShane who after hours of creating the Mona Lisa on the prison walls with his own shit, actually found a way to make music using his rectum and some used toilet tubes - truly remarkable." ”

~ Nigel Thomas on the "dirty bastards"

It still exists in some Nationalist communities even today, but the Northern Ireland council have recently placed a ban on public defecating which some Nationalists claim is just another way for the "Brits" to take away their rights. 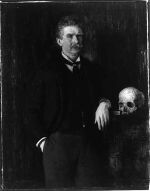 Sir James Craig, 1st Prime Minister of Northern Ireland who notably said, "All I boast is that we are a Protestant Parliament and Protestant State" (in response to his Southern counterpart Éamon de Valera's assertion that Ireland was a "Catholic nation").

~ Unionist Paramilitaries on paying for Christmas

The numerous Unionist groups have been successful thus far at shielding the Southern Irish government from their worst fears, that is the headache of dealing with the strife that bringing Northern Ireland into their nation would bring, they have managed this despite being able to display to the public at least the impression of being nothing more than a bunch of xenophobic, racist criminals. They're fountains of discrimination, as they hate Catholics,women, mexicans, ninjas, blacks, the french, and pretty much everyone else who isn't white, anglo-saxon, and protestant. Favorite unionist pastimes include: Drinking Pissmills, Blowing up, Losing wars, and being discriminant assholes.

Eventually, England said screw it and decided to keep north Ireland and turn it into a massive waste disposal plant where it can still be seen functioning today under the name Northern Badlands. At around the same time this happened the the Irish came to realize what a shithole Northern Ireland was, said fuck it and decided to go get drunk and fire mortars at the occasional helicopter dropping more trash into their northern neighbor.