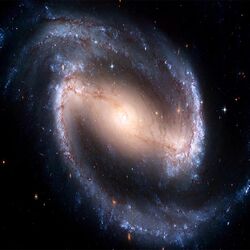 Bzzzz! Bzzzz..! "Apart from this blind transmission there is no record that the Earth ever existed. So if you receive this message please record it for posterity. Otherwise you'll have no idea what happened - unless you're God, in which case it's all your fault. Or, perhaps, it should be blamed on Nostradamus, Cibyl, The Bible, NASA, or the Mayan Calendar which gave mankind a fair warning that the Human Race would suddenly become extinct on December 21, 2012 - Not that we could have done anything to stop it. Anyway, here's what happened: 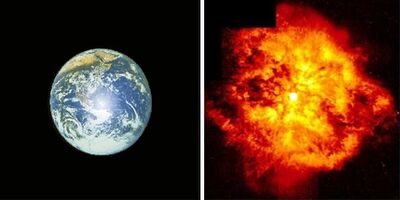 "Earth's asplosion photographed on Dec. 21, 2012. And we thought it was made mostly of water!? Never judge a planet by its cover!"

"Yesterday, December 21, 2012, we both dropped some of Vlad's Russian acid. My Dad would never approve, but he was a total square. Everything was awesome! We were tripping our lights on. Then, while filming the beautiful blue, green and brown earth, we were startled by a goddamn huge explosion...

"At first we both thought, 'What the fucking hell?', I mean, Vlad thought that in Russian - then it finally dawned on us: Apocalypse NOW! GOD!! So much primo snatch and grass just vaporized!

"Why did this catastrophe occur? In hindsight we recall that only a single Mayan inscription, “Tortuguero”, is directly blamed as the time-fuse for the apocalypse. Then again, a less trendy explanation of why the Mayan Calendar ends abruptly is that the Mayan Civilization wasn't around to make a new one, because we fucking slaughtered almost all of them shortly after 'discovering' them. The arrival of the Christian invaders was really the cause of December 21, 2012, because that's just as far as the Mayan calendar carver got on his calendar-carving. So curse the damn Spanish conquistadores for this screw-up! 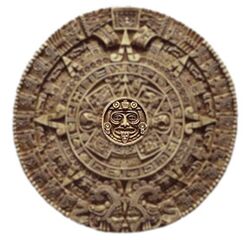 "We suspect that the Mayan calendar is the culprit. It was like a ticking end-of-time bomb set by the Mayans as an act of revenge."

"But we knew it was coming. The learned astronomers had noted that the center of the Milky-way galaxy was going to line up somehow with Earth, as a lit match or a Zippo lighter is lined up with a bomb-fuse. It's really a pity that Carl Sagan is no longer around to explain it. Although conjuring up an image of earth as a bomb with a burning fuse is really not that hard.

"We can imagine that the film, Beyond 2012, scheduled for release on December 22, 2012, is now permanently canceled. There will be no advance ticket refunds. And the History channel is now history, along with the Discovery Channel.

"Still, we can't help but wonder, where the heck is everyone now? Could they be in Heaven, or in Hell, or the Void, or Limbo, perhaps reborn as a Womp Rat in a galaxy far, far away? And if they dug down and were hiding in the center of the earth when the core blew, then they're pretty much, nowhere.

"One good thing is that the My Lie massacre-butcher, William Calley finally got the death penalty. Oh yeah! OJ too; which is a kind of poetic justice! Although it does seem a bit sloppy for God to wipe-out the entire human-kind just to kill two guilty SOBs. That's taking collateral damage way over the top into the realm of maximum overkill! Unless we're all just hopeless sinners who needed to be wiped out. It's easier for God to kill us than to teach us, I suppose!

"And, hey! We're not feeling very sorry about Iraq, North Korea and Rwanda, either. In fact, that feels strangely satisfying! But, over all, the situation is extremely dire. Even Vladmir agrees, which makes me wonder if, perhaps, I'm wrong about him?" 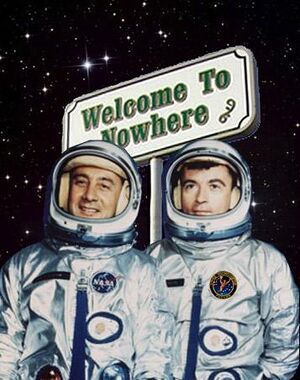