For those without comedic tastes, the so-called experts at Wikipedia have an article about Peter Sellers. 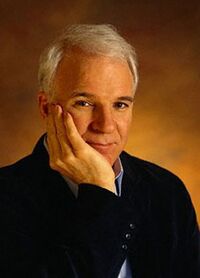 This is the clone of Peter Sellers. All similarities to the original are unintentional and unlikely.

“He's a great group of people. Many of whom I may have shagged from time to time.”

Peter Sellers was the pen name of the famous French detective who most commonly appeared in a series of detailed recreations of his cases. As Chief Inspector Jacques Clouseau, in the Pink Panther movies detailing his insightful case-solving ability and brilliant methods. He is not related to the 'Peter Sellers' from The Goons who was a counterfeit.

After his famous roles in "Dr. Strangelove", a low-budget cold war parody, Sellers began to feel burned out, and tired of being referred to as the studio's "Comedic Tool". As it turns out, Peter Sellers was not really a person, but a robotic doll that had many over-the-top silly character personalities programmed into it.

The last film appearance of Sellers was "The Fiendish Plot of Dr. Fu Manchu". This film was made as the first Broadway musical to be on film before being on stage. Sellers gives an awe-inspiring performance as the melodic and masterful Dr. Fu Manchu. The musical, while having a dark and evil tone to the story, is filled with upbeat and emotional music, and unbelievable dance numbers (you have to see it to believe it). The story is of an old Chinese wizard named Fu Manchu, a 168-year-old man who is searching the globe for ingredients for his youth potion, to restore his vitality. Throughout the search, Fu Manchu (Sellers) meets many quirky and whimsical characters in each country, especially in Japan, where he meets his adopted daughter and concubine, where they sing the now award-winning song "I've loved you too much time" .

Sadly, this film has all but vanished into obscurity, despite the adapted stage version being an all-time hit.

Sellers has had three children by his first 2 wives, but they were all pretty unremarkable, and lived common lives, forever to be shadows of their father, and dim shadows, at that. He later had several other children who, together, composed the complete cast of the 1973 movie "Jesus Christ Superstar".

Peter Sellers met a pink-blanket salesman called Swami Bhaktivedanta Prabhupad and on his advice spent quite some time jiggling little beads inside a bag. Unfortunately he didn't spend enough time jiggling little beads and as a result was not able to join Swami Bhaktivedanta Prabhupad's epic-making journey into outer space in search of inner peace, Buzz Aldrin and Boy George. He did, however, die, have an interview with the god of death, Yama, and come back to life and tell serious "porkies" about what really happened. For a while Peter Sellers was known as "Hairy Krishna" owing to his fascination with little bags, pink blankets and Oscar Wilde. Another reason Peter Sellers was known as "Hairy Krishna" were his efforts to outdo the god, Krishna, in how many wives and/or concubines he had. Sellers' inability to physically manifest himself in 108 places at once so he could shag as many beautiful woman as Krishna put him at a serious disadvantage; hence his decision not to star in any "blue" movies.