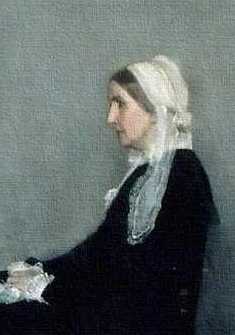 The earliest known example of metaporn: A photograph (1871) of Whistler's mother, posing whilst immensly enjoying a video production of Strumpets in Crumpets: Strumpets On Ice II.

Discovery of the effects of Metaporn[edit]

In only a matter of months, newstands across America were flooded with premium magazines chock-full of lurid photographs (complete with titillating captions) of fully-clothed non-descript people salivating over various (alleged) pornographic materials, which materials were always just outside of camera range (as the captions never failed to explicitly point out). This allowed the average person to finally experience, in the perverted privacy of their own homes, the vicarious pleasures of pretending what it must be like to actually see actual pornography first-hand.

Now that metaporn has dominated and otherwise supplanted plain-old ordinary porn in all postmodern forms of popular media exchange such as radio and television and Teh Internets and HDTV and pirated software, alarmed sociologists warn us that there may be a new threat which just might be lurking over the invisible horizon and ready to pounce without mercy upon the last shreds of moral fiber still standing tall and proud in our otherwise depraved and hedonistic culture... yes... a new insidious danger to our already overloaded sense organs and other organs... it may be only a matter of time before we all fall victim to tempting and mouth-watering depictions of metaporn...