~ Adam We on Lite-Brite

“Nobody messes with Adam We.”

~ Adam We on Lite-Brite 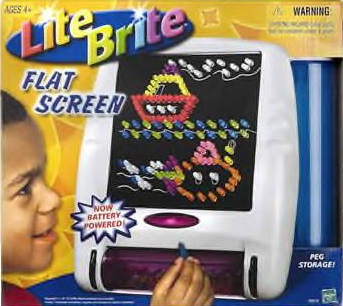 As you can see, it would be easy to brainwash children with something as magnificent as this.

Lite-Brite was the hypnotic light-emitting console of the 1960s, transforming countless numbers of low-functioning children that drank too much milk into super-mutant things... with super-mutant powers... and such. Many people believed that the Teenage Mutant Ninja Turtles were a prime example of this brainwashing, but it turns out they were just freaks. The Lite-Brite still lives on as the thing that changed the most things in the world.

The Lite-Brite's origin is not known for certain, though most Lite-Brite historians believe it most likely came from South-Eastern Asia somewhere between the twentieth and twenty-first centuries AD (After Death, referring to one of the most prominent figures in American culture, Charlie Brown.) But many other officials, such as palaeontologists and archaeologists, often point out that it is completely irrelevant to use things like centuries and AD when referring to a modern-day product. However, it is in my opinion that people who study pales and the arches from McDonalds have no business in the conversation at all, and should be more polite next time they think about butting in. 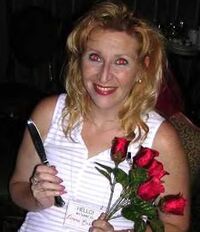 The Lite-Brite didn't always look the way we see it today. In fact, it was very far from it. In the era of the cavemen, Lite-Brites were made out of stone, and instead of having a built-in light they would have to be held up to the sun. And instead of colored pegs, the caveman used a mixture of feces and dye created by squishing bugs. Yes, I know what you're thinking: How did the cavemen come up with such advanced technology? and the answer is aliens. Yes, it is now accepted as fact that the only way those stupid little disgusting bastards could come up with such a wonderful thing was to steal it from the aliens. And so that's how it all began. After that it was all down hill. The Greeks used one of their most famous inventions — wood — to build their Lite Brites, and the Romans too. In the Middle Ages a blacksmith by the name of Henry Hugh Hughy Huff Heel was the first to create a metal Lite Brite, and by this time they were powered by candles instead of the sun. By the mid-nineteenth century people would exchange Lite Brites as a way of saying I want to have sex with you, but your boyfriend is much bigger than I am and sometimes when I am around him I get scared for my life. Could you please help me by cutting off his penis like that one crazy lady in the news. Thanks a lot, I owe you one.

Lite-Brites began to be mass-produced in 1967. People would buy them for events and holidays such as:

But, most of all, Lite-Brites were mass produced because there was a market formed of people who liked to make whimsical pictures and designs on a lit-up piece of metal. Oh, and also because it was a lot cheaper to mass-produce than to not, because things are cheaper when you buy them in bulk. (Tip #142 in A smart shopper's guide to shopping smarter.) 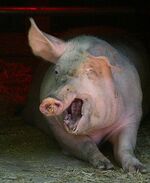 As I'm sure all of you know (if you don't know your social status has just been reduced to: ugly pig. Yeah, that's right. Not just any pig, an ugly one!) A modern day Lite Brite is really just a special kind of algae. Therefore, instead of being made, they're grown. To grow a Lite Brite you must make sure all conditions are perfect. They must be immersed in exactly 5 feet of salt-water, and constantly maintained at a temperature of 18 degrees C. They must be planted in volcanic ashes and cannot be touched unless it is massaging time. In other words you must treat them the same way you would treat you 74 year-old dead grandmother after she had been unearthed. As long as all of the conditions are met your Lite Brite should be healthy and ready to sell within 10 months. If the conditions are not met then your daughter may be kidnapped and her throat may be slit...

Today's Lite-Brites are better than ever. Instead of just being used to ask some girl to bite off their boyfriend's penis, they can be used to say dozens of other things, such as: I just got a candle stuck into my ear, I can't get it out. I mean seriously it is really in there like that time I got a Q-tip stuck in there. I can literally feel it touching my brain. Please send help and tell them they made need matches. Or, My cat wondered into the dryer and then I turned it on without noticing. He's still in there and I don't know if he's alive or not. I think what I need is a dog, a real scary one. I already called all around but I can't find one. But I was thinking maybe if you get into an old dog costume that I have, maybe that'd work. And now Lite-Brites aren't just used to send messages, you can use them to massage your girlfriend, light up a dark closet, play Chinese checkers, or bring some pizzazz to a lame party that you promised your friend you'd go to because he has AIDS and you feel bad. There were so many things you could do with a Lite-Brite that they decided to make thousands of Lite-Brite variations.

Yes, even the Smurfs get their own Lite-Brite nowadays.

Based on a recent survey, most people believe this is what Jesus would do.

Yeah, so Lite-Brites may just be pawns for an evil corporation that brainwashes children and videotapes monkeys having sex. And yeah, maybe it really was them that claimed responsibility for 90% of all terrorist bombings in Europe. And I guess it's possible that they're the ones responsible for your missing brother. And sure, maybe their products aren't really cheaper if you buy them at Wal*Mart instead of Target. But in the end, who really cares? So what if they aren't perfect, Bill Clinton wasn't perfect either. And he was the president of the USA! So next time you're about to buy a Lite-Brite, just ask yourself W.W.J.D. and you'll know, oh yes, you'll know.