“My moustache is not an enemy of the state.”

“When hiring, you can't discriminate against handicapped people, even in the government!”

“You will know my name is the LORD, when I lay my vengence upon thee!”

Jack Layton, ☭, MAC, TTYL, WOW, IMHO, FYI, STFU, STFUYFN, WTF, OMG, LMAO, ROFL, MMORPG, BBQ, Hon. and PCB (1842- 2011). In a very nice part of Toronto is the current Prime Minister of Canada and Arch Nemisis of the one known as Harper. Currently the leader of the NDP and the Prime Minister of Canada, Layton has become an idol to some Canadians, who have taken to worshiping statuettes of Him. His parents, an unimportant Conservative man and a woman of unknown political affiliation, have little to do with this article. 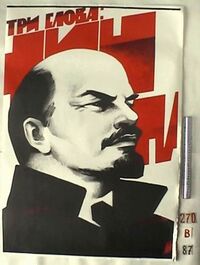 Jack Layton shown here on a typical NDP poster (back in his earlier days).

Layton is known to be a mere vessel for the inner workings of his mustache known to Canadians as the cockduster. This being is apparently the son of Bin Laden and his ultra liberal ideas are the product of growing up in a part of Montreal called No Damn Good (NDG). Residents of this area are mostly english surrounded by mostly french people and as a result hate the nearby West Island area where english speaking people can go days without hearing that incessant whining of the french. The sound resembles charlie brown's teachers.

While growing up on his parents' maple syrup farm in Socialiste, Quebec, he became a famed musician, but due to syrup poisoning, he had to give up the career for the rest of his life. While recovering from syrup poisoning, he was watching the CBC and was tired with how the Tim Hortons Government was running Canada, so he ran for politics as a political bartending candidate for the fictional region of Socialiste-Free Muney in Quebec as a member of the Communist Party of Canada in the 1855 election. 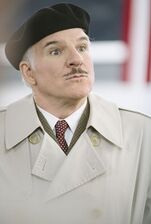 Currently the NDP has only 1/5 of one of the 5000 stools in the federal House of Condoms, Layton predicts that the NDP will steal a whopping 7 stools in the upcoming federal election of 2008. However, only univsersity sutdents, gay people, and poor welfare people vote for him, so it's unlikely he will win more than 1/2 a stool. He will likely have to share the other half-stool with Bob Rae, former leader of the Communist Party of Ontario, and former Premier of the Soviet Union. Layton and the cockduster (mustache) may be exiled to Pakistan at some point.

In 2006, Layton made a deal with Bob Rae to merge the No Dorks Allowed! Party with his New Dope Party to increase votes, although Layton does not drink.

Also in 2006, Layton demanded that Stephen Harper take his evil army of the Lord out of Afghanistan because it was interfering in his plan to have Canada surrender to the terrorists, who are known to combat global warming by killing those nasty CO2 emitting Americans. Layton is one of the only people who knows that BSE and SARS are the same thing.

In 2009, Layton has tabled a new national energy plan where he will continue to give his rousing speeches in front of an array of windmills, ensuring there is sufficient wind energy to generate free socialized power for all of Canada.

After the 2011 election, Layton gained a whopping 10.3 stools in the House of Commons surprising everybody. The majority of these stools are made in Quebec. He died in his home at approximately 1:33 (poonapple time)in his home located in a pimped out World War II bunker. Eight thousand ninjas (hired by the very prime minister of Canada, Jay Leno) climbed through his plumbing while he was on the toilet. The media covered it up with a conspiracy about cancer or some-such bullshit.

Little do Canadians know, Jack Layton competed in UFC back in 2008. He is 19 time UFC champ which he usually wins by TKO in the first 23 seconds. Just 2 months after he first signed up, he was fired because UFC CEO Lorenzo Fertitta wasn't happy with him killing everybody on the UFC roster. With no one left to fight he went back to focus on his political career. 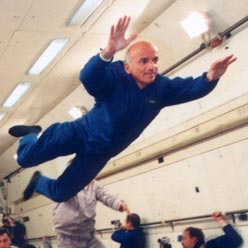