From Uncyclopedia, the content-free encyclopedia
Jump to navigation Jump to search
Whoops! Maybe you were looking for Ghost in the shell (anime)? 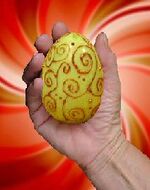 The ghost-in-the-shell was invented in the ominous year of 1666 by a Romanian conjurer known as Sir Drake the Mischievous. Drake was infamous among the superstitious peoples of Eastern Europe for being the most twisted sorcerer this side of the Vistula. He was inspired to craft the first ghost-in-the-shell as a child, after he was pranked by a villager with a primitive "can of worms". This incident was a landmark event in young Drake's life, for although he excelled at scaring others, he was quite a crybaby himself; like the proverbial glass cannon designed by Leonardo da Vinci. In other words, he was so scared by the prank that he wet himself cried out for his mothr and wept like a baby.

After composing himself, and taking the time to transmute the offending villager into a half-human crime against nature, Drake vowed to research the dark arts and witch crafts for the perfect prank. After countless weeks of trial and error, he at last settled on the final design of the ghost-in-the-shell. It soon became Drake's favorite activity, to create these colorful capsules of terror and release them upon the unsuspecting populace. In fact, he became so prolific that there are still countless thousands of ghost-in-the-shells still in existence, centuries after their creator's death, littered across the battlefields of Europe, waiting to scare unsuspecting passers by.

Although the exact procedure for creating ghost-in-the-shells, like Damascus steel or Greek fire, is not fully understood, we can surmise the basics of their production from notes recovered from Drake's crypt. The process is begun by reciting the necessary incantations over a basket of plastic Easter eggs. After a specific string of kitten sacrifices and magic gestures has been performed, a terrifying vortex into the center of Hell itself is torn open, allowing an assortment of wraiths, banshees, ghosts, and evil clowns to inhabit the colorful shells.

Once the ritual is complete, the evil spirits are temporarily sealed within the plastic eggs. They are released when an unsuspecting victim opens the egg, most likely in search of candy or other treats. Instead the victim is greeted by a roiling blast of smoke, hellfire, and a shrieking spirit of doom. This is hilarious to everyone but the victim.

A sheller enjoys a laugh of trumph after terrifying a small child.

Ghost-in-the-shells have not been produced for centuries as the arcane magitechnology behind them still confounds both scientists and stage magicians alike, but there are still enough of them in existence for determined tricksters to put them to good use. Only experienced students of the dark pranking arts are able to tell the difference between a regular egg and a genuine ghost-in-the-shell. But rest assured that when one of these rare items is recovered, you do not want to be its victim. Because, in case you forgot, they are REALLY FUCKING SCARY.

Most ghost-in-the-shell enthusiasts (or shellers) have a favorite method of using the shells that they happen upon. These methods are usually designed to cause the greatest number of coronaries and/or psychological scars possible.

Since ghost-in-the-shells are supernatural objects, their effects on those they come into contact with are greater than one would normally expect. If you or anyone you know has had the misfortune to stumble upon this cursed object, you are advised to call the Ghost-In-The-Shell Hotline at 1-800-GHOST-IN-THE-SHELL. 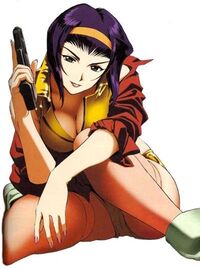 Side effects of ghost-in-the-shell may include loss of non brain body parts and inexplicable purple hair.

Victims of a ghost-in-the-shell typically suffer from a number of common ailments, including uncontrolled urination, panic attacks, and screaming meemies. More important are the long term effects of a ghost-in-the-shell attack. These chronic problems are not full understood, but may include things like intense superstition, batfuck insanity, and plasticeggophobia.

The ghost-in-the-shell is such an alluring object that it spellbinds every trickster that happens upon it. Some believe that it is this mystifying force that compels the sheller to commit their devious acts. Others believe that they are just faking this trance as an excuse for their jackass behavior. What is the truth of the ghost-in-the-shell's supernatural power? The world may never know.

Any ghost-in-the-shell use is a good thing for the ghost in question, as on the whole they have spent more than 400 years trapped inside the plastic egg. Usage of the egg gives them the opportunity to stretch (as in goatse) their legs, sit back, relax, and terrify everyone around them to the brink of insanity.

There is very little effect on the egg, as it is nothing more than a hollow sphere of plastic. Seriously, people.