“I saw the best minds of my generation destroyed by Rudolf, the dark lord of fairyland... ooohwee!”

“Is Martha Stewart gonna have to slap a bitch?!”

“I went to Columbia and majored in Sociology. I didn't learn shit and lost my social skills in the process. Now I live with my parents.”

For those without comedic tastes, the so-called experts at Wikipedia think they have an article very remotely related to Columbia University. 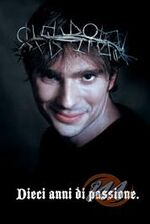 Located in the West Harlem district of Manhattan, SUNY Harlem (or Columbia University) is located in the City of New York and is: is one of the most dangerous universities located in the United States, other than Rutgers Newark. Students who walk approximately one block off campus grounds are stabbed. Most stabbings are done by streetside beggars, Greenpeace activists, Asian Bible study groups, or local Harlem residents. However, inside the main campus it is very safe, as there are 24 hour on duty riot police. Any outside intruders such as Japanese tourists, local Harlem residents, ice cream men, pizza delivery boy, etc. are ruthlessly beaten to protect the students of Columbia.

Columbia's full title is "Columbia University in the City of New York" which was revised in 1997 by Dean Christopher Colombus from "Columbia University for Jewish Students". The student body in Columbia University is very diverse. More than 60% of the students at Columbia are Jewish, as the others are Blacks and Mexicans that come in by affirmitive action. The Chinese population is only accepted in Columbia because they hacked the admissions system and they bribe the admissions officer with fortune cookies and opium. The Arabic student body has been all expelled or shot after 9/11. In recent times, Columbia students have been able to get odd-jobs around New York City.

Do they have these? Seriously, I have no fucking clue. 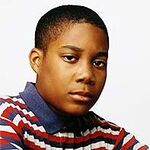 Dining on and off campus[edit]

Columbia has a website, but I'm not sure what it is. Some dude from Columbia once set up CampusNetwork, which would have been bigger than Facebook but it failed. More recently a bunch of douchey hipsters set up Bwog, which is pretty boring to read. Another site to check out is WikiCU where you can find out almost everything you've never wanted to know about the university.

The Story of the Columbia Tunnels[edit]

Grade inflation is for winners, too bad Columbia isn't Harvard.

This outstanding collection of East Asian texts was bequeathed to the university in the spring of 1926. Much hilarity ensued.