From Uncyclopedia, the content-free encyclopedia
(Redirected from Abstract Art)
Jump to navigation Jump to search

An example of abstract art or my puke, depending on the viewer.

Abstract art is an artistic movement started by bitter mathematicians that grew jealous of artists because the latter have been more popular with women throughout history. The works themselves are made of shape and colour based codes that can be decrypted using mathematics, usually translating to awkward jokes about impressionism and who Michelangelo slept with. 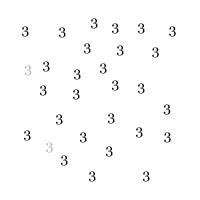 At first glance abstract art might lack any kind of logical pattern or recognisable form, but after a closer inspection conducted by someone with knowledge of the mathematics it is even more confusing. The code that is used in the making process is made of twenty-four different stages and several yet unknown trade secrets that have been passed on for generations. All forms of abstract works have to be placed under precise lighting. This can take days or weeks as the instructions are written in a trigonometric variation of regular binary and have to be read backwards. Afterwards you will find you have to go to your local Starbucks to get yet another code, that only clerks there can read, deciphered.

Although it cannot be clearly determined when exactly the movement begun, the earliest known practitioner has been said to be Muhammad, a former religious artifacts merchant and a self-pronounced prophet of Juda-Islam, also one of the best friends of Allah. Muhammad himself was not a very good mathematician or painter which made him a ridiculed outcast in both the artistic and scientific communities. He quickly abandoned his former passion and moved to Jabal Old-nun to pursue his new career as a quicksand gardener. 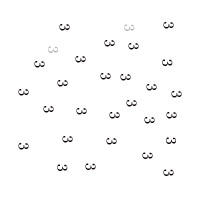 For the first millennium the abstract movement remained mostly in the east following the Pope's declaration of abstract to be the works of the Devil, who upon being interviewed on the subject claimed to have dyscalculia and no fingers to hold a paintbrush. After the fall of the Roman Empire, following the destruction of Death Star, the abstract movement fallout started to catch wind in the western mathematics, no longer blocked by the roman wind god. One of the most well-known pioneers of the 13th century, Fibonacci, himself stated he had been inspired by the well-known Greek mathematician Aristillus, specifically his painting Borg-cannon which has also been adapted into a film named El Topo.

Several changes have been made to the process of creating abstract art for the last two centuries, like the invention of fractals that caused many old paintings to collapse due to mathematical impossibilities often causing damage to the surroundings and making the air smell purple and rectangular for weeks. Similar and unfortunate accidents briefly outlawed abstract art. The issue was resolved after the royal math division of England developed an art-resistant metal casing for the remaining old paintings.

Since abstract art has been successful in the recent decades it is unknown wether it will continue to be a mathematicians-only movement or evolve into a shared art form, possibly shifting the jokes to be about athletes and Vaseline. One of the current rockstars in abstract, Stephen Hawking, recently published a book accompanied by a series of interviews about the future of the movement, stating that deep space will be the only option after the infamous Red Cross scam failed. This viewpoint is slowly gaining acceptance, but has not yet found the full support of the artistic community. There have been rumours about Muhammad making a comeback, but ever since his run-in with the Persian Gardening Committee in 1856 he has been missing and presumed dead, making the rumours difficult to confirm. 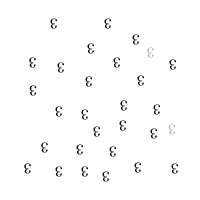 The Persistance of Einstein, Dolly Salvador, 1958.

The Abstract Movement has been widely criticised for having double standards, since mocking artists through the medium of art itself contains irony which makes no sense, much like algebra. This comment made most mathematicians angry, leading them to claim that algebra is actually quite simple and easy to explain - unlike modern performance arts. Some critics also claim abstract art is about tax evasion, but rarely go into more detail for legal reasons.

Should you own abstract art?[edit] 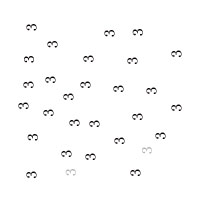 Displaying abstract art in the home is subject to certain difficulties, not the least of which is determining the orientation of the painting. There are four basic possibilities, and it is suggested you consult a catalogue. The more avant-garde works might require a non-perpendicular orientation if you are to keep with the artist's intent. Also, some paintings were made to be hung face-to-the-wall as an expression of the painter's contempt for conventional forms of display. Some paintings are "living art" and are meant to be covered in feces and rotting fruit and left in the sun. Some are intended to be burned in public (performance art), but be careful that the artist did not intend it to be destroyed in complete secrecy.

If you've purchased any expensive abstract art as a long term financial investment, it may be best to cut your losses now and ignore the artist's intentions entirely. All you need to do is mount it in a blood stained wooden frame under bullet cracked glass and tell people you got it in a war zone from a dying child or a disabled veteran who's praying to Jesus it will get them the medicine they need to live. There's a sucker born every minute.