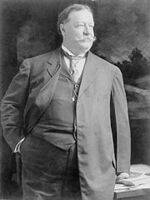 Even an organization as committed and dedicated as the UnNews information gathering team makes the occasional mistake. UnNews would like to make the following corrections:

9/21/2008 - In the article "Sarah Palin calls for oil wells to be put on protected species list", it was suggested that Mrs. Palin is attractive. It has been brought to our intention that she is in fact a hideous bitch goddess. UnNews would like to apologize for any inconvenience caused.

5/4/2008 - The article "Wheat field demolished by cereal killer" contained at least one very old joke that everyone has heard. The correct title should have been "Wheat field shot by Phil Spector"

25/12/2007 - In the article "A Very Dubbya Christmas" it was stated that President Bush makes Christmas decorations out of the Bill of Rights. Mr. Bush has pointed out that as a devout Wiccan, he does not celebrate Christmas, and in fact the historic document was used to line a birdcage. UnNews apologizes unreservedly.

4/2/2005 - "Pope Finally Dead". It has been brought to our attention that this article suggests that John Paul II had died. Recent research suggests that, due to the Grace of God, he actually has eternal life, and dwelleth forever in the House of the Lord.

6/6/1965 - In "Dr. Doom killed in explosion", it was wrongly suggested that Dr. Pym was in his Ant-Man persona, whereas he was wearing his Giant Man costume during the assault on DoomBase One. In addition, the Doom-like being destroyed in the blast was a robot replica of Dr. Doom, not the Menacing Monarch of Latveria himself.

8/6/1945 - The article "Truman Drops a Big One" suggests that President Truman issued a loud and smelly fart. In fact, the "big one" in question was an anvil that Truman dropped on an amusing cartoon representation of Hitler.

19/7/1908 - Our article on the republican convention suggested that William Howard Taft had selected a manatee as his running mate in order to balance the ticket. In fact his running mate was Charles W. Fairbanks, an endangered dugong.

23/11/1895 - The birth notice for John McCain should in fact have appeared in the Christenings column, as he already was two months old.

17/12/1700 - The article "Ye Pirates take on ye Nynjas in fearsome conflict" is totally erroneous. There has never been any historical connection between pirates and ninjas. Just. Fucking. Get. Over. It.