UnNews:Congressional candidate is ugly as sin 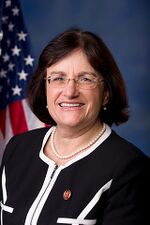 This reporter feels bad for the baseball bat.

MANCHESTER, New Hampshire -- Perennial pariah Steve Vaillancourt has attracted a firestorm for blogging that incumbent Congresswoman Annie Kuster is "ugly as sin" prior to U.S. Congressional elections on November 4.

Vaillancourt twerked, "Does anyone not believe that Congressman Annie Kuster is as ugly as sin? And I hope I haven’t offended sin." Indeed, UnNews interviewed sin, at 1600 Pennsylvania Avenue, who brushed off the slight and challenged the reporter to a short game of one-on-two against himself and Cousin Pookie.

Vaillancourt is the only member of the amateur state Legislature to be repudiated by three separate parties: the Democrats on policy, the Republicans, for replying to a gentle request from the Speaker of the "Tea Party legislature" by shouting Sieg Heil and giving the Nazi salute, and even by the Libertarian Party, when there used to be one, in hopes that whatever happened to it would not happen. 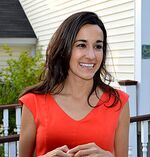 New Hampshire supports same-day voting, if any readers would care to claim to live there in order to vote for Garcia.

(The last comparable outburst was in 2006, when talk radio host John DePetro ended his Boston career by calling candidate Grace Ross a "big fat lesbian" on-air. Fellow talk host David Brudnoy would later ask the candidate which of the three components of that assertion were untrue.)

Kuster's opponent, Marilinda Garcia, dismissed the remarks and channeled Martin Luther King, hoping that voters would "focus on the content of our ideas rather than how we look." Voters may, but observers outside the Second District will not. Wa-hey! Kuster ads have portrayed Garcia as snotty but not unattractive in TV ads, but the key question for red-blooded voters from Nashua up to the Coös is whose mug you want to look at for the next two years. Strategists believe that turning the tables and putting Kuster's face in Garcia ads may be Garcia's "October surprise."