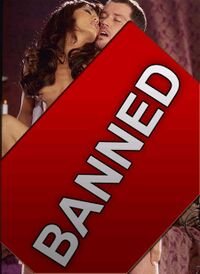 Sex--too sexy for the Chinese?

BEIJING - China, which made news recently for attempted murder for using lead-based paint on Mattel toys for tots and has sought to poison millions more adult Americans by treating imported food items with deadly salmonella bacteria, has received more negative publicity recently as a result the country’s outlawing of televised sex shows.

“Shows” is a bit of a misnomer, though, for the ban is not against graphic sex but verbal sex. More specifically, China has outlawed “sexual sounds.”

The order to prohibit “sexually provocative sounds” was issued by the State Administration of Radio, Film, and Television and applies to nature shows that feature animal coitus as well as sex education films and the wolf whistles common at Chinese beauty contests.

The ban also applies to true crime series, which are popular in China. A recent show included tape-recorded “sounds of coitus” during an actual rape. The victim had been taping gangsta rap when the rapist broke into her apartment and assaulted her. “The sounds are his, not hers,” a government spokesman said. “By the sound of it, he was really getting his rocks off.”

Rumors abound that the government is going to ban sex itself as well. “It’s just a matter of time,” Chan Lee, an imprisoned masturbator said.

“Not much,” the spokesman admitted. “We Chinese don’t like the ‘s’ word or anything to do with it, especially mothers, fathers, children, or people in general.”