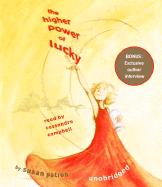 The Higher Power of Lucky

NEW YORK, NY - Following the publishing debacle that ensued from Susan Patron’s whimsical use of the word “scrotum” on the front page of The Higher Power of Lucky, a book she’d written for the kindergarten set, publishers of such books have issued guidelines that they say will help writers avoid such gaffs in the future by censoring themselves.

Despite her book’s having won the prestigious Crude and Hairy Prize for the Literary Abuse of Children, librarians are removing copies from its shelves. Parents have complained steadily since Sharon Barrett, a soccer mom, happened to peruse her daughter’s copy of the book while she was drinking a cup of coffee and noticed the offensive word on the first page of the story: a man sees a “a rattlesnake on the passenger seat biting his dog, Roy, on the scrotum.”

“That’s unnecessary,” Barrett said. “Seeing that term made me spit my coffee all over the kitchen table. To think that my daughter Cynthia is seeing men’s genitals in a book that was supposedly written for four-year-old children--well, again, that’s just unnecessary. It’s unacceptable.”

Although librarian Edith Chink admitted that she was “impressed by the richness of language” and imagery in the book, she understands her colleagues’ concerns, she told Unnews’ reporter, Lotta Lies. “People--especially the mothers of kindergartners--get pretty damned upset when they see references to men’s private parts in their toddlers’ books.”

Susan Patron, without her scrotum

Atheneum Books, a Simon & Schuster imprint, devised the censorship guidelines. Any writer who violates them will likely not be published by the company, spokesman Leon Beaver said. “We’re in the business to make money,” he pointed out, “not to molest children or to prove how witty we can be about adults’ genitalia.”

Patron need not be concerned about the list of prohibited words when she writes her next book next book, she said, because it will be a non-fiction Guide To Good Sex for Bad Boys and Girls. “Such restrictions don’t apply to non-fiction,” Beaver said, “just fiction.”

Now that the volume has won the Crude and Hairy Award, librarians are less outspoken about what they’d previously spoken about as the abusive nature of the tome. “I’m not ordering it,” Nancy Kippers said, “but because the writing is horrible and the characters, such as they are, are unbelievable. I want quality and verisimilitude. Is that too much to ask?”

“Sometimes, it is,” Patron said. “That’s why books like mine get published.”