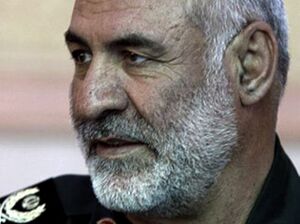 The HN-5, a blank of the Soviet SA-7 first-generation MANPADS, is less advanced than the blanks Iran produces on its own, which are based on Bollywood designs and effects. So, the question UnNews has to ask is: Why would Iran be importing less expensive blanks and dummy weapons?

According to Col. Mustafa bin Faisali, head of Iran’s Revolutionary Guard Dummy Ordinance Depot (RGDOD), the answer to the above question is simple, “To save money!” Faisali confided to UnNews.

Faisali explained, “You see, here in Iran, we are quite lazy. To make a living we only have to urinate oil and excrete money! And this being the case, production of almost anything is very costly. So we buy cheaper blanks from North Korea. The primary reason is because in North Korea the dummy ammo sells for less than it can be produced locally. Therefore the price is cheaper. And by our paying a cheaper price we save costs.

“This allows us to save money through buying for a cheaper price. Really! It is simple economics!” Said Faisali. “If we can save on bogus weaponry then we have much more money to invest in weapons-grade Uranium. And with enriched Uranium we can build a bomb, based exactly on the 50 Megaton Russian Tsar Bomb, and then we can ship to Israel in an ordinary shipping container, by sea route.

“Once the Tsar Bomb II arrives in the port of Israel we will detonate the device, manually, and reduce the Jewish hell into a paradise of radioactivity. Then, by the grace of Allah, all the Jews will be gone, PLUS the land will no longer be fit for any human habitation, in which case the Palestinians will have nothing further to do or complain about. And then we, peaceful Iranians, can forget about them for good, and just carry on pimping oil to the Infidel countries of Satan!

“That is precisely why we purchase all our blanks from North Korea!” Faisali continued, confiding his very life to UnNews on condition of complete and total anonymity. Col. Faisali grinned, "You know! I'll tell you a funny story. In Iraq war, we are supplying ONLY blanks to the Jihad there, including dummy IEDs, so all American injuries are, in fact, caused by the US servicemen themselves, isn't it!? Ha ha!! American are killing each other, only!

"Actually you are UnNews, ha ha!!! I like Uncyclopedia very much. Even my 2nd wife votes on VFH under assumed name, and also my son, Masud - I think you might be surprised to know who is who on VFH, ha ha! Anything you say no one will believe. Therefore I am able to confide the secret truth to you. Because you're UnNews! Ha ha!" - Col. Faisali concluded.