This page is extremely offensive and should not be viewed by anyone.
It may be illegal in several countries as well. 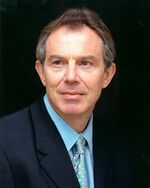 "Let me fucking tell you something. Do you little bloody assholes think your jobs are hard? Huh? Yeah? Ooh, look at me, I can run a whole fucking country with only a few hundred thousand highly trained bureaucrats to fucking help me, you stupid cunt-sucking horse-sodomizing leprechaun-wankers! Comprende? Look at me. Fucking look at me! Israel lifted its blockade on Lebanon today. Do you know how difficult that was to bloody acheive? Today! And already 50 children have been shot in Gaza! Is this a face which cares about your pissy little problems? Twats! I thought we were going in the right direction, but no! Bloody hell! Sudan? Don't give me fucking Sudan! Twats! Why don't some of you useless underemployed bastards do something useful for a change, go and put LSD in the bloody bidet at the bloody fucking South African Health Ministry! Useless racoon-sucking tree-hugging eco-friendly turd-lickers!"

In an unrelated development, a historic agreement between Iran and the USA announces the two nations' joint commitment to war with "absolutely everybody and anybody who looks at me funny." However, worries have been expressed about the consequences of a dispute over spelling.