UnNews:Americans want to know; where de white women at? 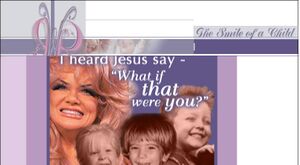 Creepy christian singer Jan "Scary As Hell" Hooks implores us... won't you please do it for the (white) children?

BOSTON, Massachusetts -- At last count, perhaps 50,000 are dead in Haiti and the entire country is in shambles. The poorest nation in the Western Hemisphere is without food, water and power in most areas. Police are nowhere to be found. There is no government, and even the presidential palace is in ruins.

In the midst of this catastrophe, however, most Americans want to know; "where de white women at?" What's happened to the poor, young things, on vacation from college in Boca Raton?

It's tragic, of course, that all of those dark people have died, but for God's sake she was only 19! And so pretty! It's such a shame. Such a God damn shame.