UnNews:Africa loses status as a continent 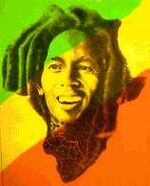 WASHINGTON, D.C. -- CEOs have voted to strip Africa of its status as a continent. About 2,500 business executives and media moguls meeting in Washington have adopted historic new guidelines that see the large, densely-populated continent demoted to a secondary category. The state-sanctioned criminals said Africa failed to dominate the American news media in the same way as the other continents. The corporate decision means textbooks will now have to describe an Earth with just six continents anyone cares about.

Africa, which was discovered in 1985 by Irish rockers Bob Geldof and Bono, will be referred to as an "incontinent." There is a recognition that the demotion is likely to to have no effect on the public, most of whom had forgotten about the ex-continent by March of 1986. Bono, U2's frontman, and whore Angelina Jolie are reportedly the last two people on Earth who care about Africa, though Ziggy Marley is dimly aware of the existence of the "Dark Continent."

"I have a slight tear in my eye today, yes; but at the end of the day we have to describe the planet as we would like it to be, not as it really is" said Apple's Steve Jobs, chair of the CEO panel that has been working over recent months to define the term "continent." The need for a strict definition was deemed necessary after a new, U2-themed iPod failed to sell well in early 2005.

The scientists agreed that for a geographic body to qualify as a continent:

Africans, meanwhile, too busy trying to eke out a meager income while living in a subsistince economy dominated by kleptocratic elite, were not available for comment, largely due to the fact that I'm refusing to go there. I mean, they've got AIDS, tsetse flies, malaria... it's just a horrible place. I can't believe I even wrote this article.