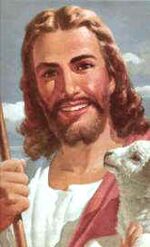 VATICAN CITY, The Vatican -- Pope Benedict XVI's latest book, Everything you wanted to know about Jesus' childhood but were afraid to ask, has captured headlines with its modernist claims about the facts surrounding Jesus Christ Our Savior's birth. For your delectation, here we present a guide to the changes (and non-changes) of Ben's version.

Benedict says the story of the virgin birth is not a reworking of earlier Greek or Egyptian legends but something totally new in history. "It is God's creative word alone that brings about something new. Oh and when I say creative, I mean in the sense that he was the Creator of everything, not as in it's all made up," he writes.

He continues, "The accounts of Matthew and Luke are not myths taken a stage further. They are firmly rooted in the biblical tradition of God the Creator and Redeemer. Do you see what I am getting at? I accept it's a biblical tradition, but I'm really keen to distance it from other mythologies, because then we go dangerously close to saying, "It's all just a story," when it's not. It's the truth."

A key final passage finds him asking the question, "Is it true, what we profess in the Creed? [1] The answer is an unequivocal yes."

Theologist Dr Joanna Corey from California State University said, "It's a book full of surprises. And that bit at the end - I really thought he was going to be like, 'No!' but in the end he confirmed that Jesus was born to a virgin. On the one hand I'm disappointed, it would have been a great end to a really gripping read, but to be fair to him, I suppose he was facing undoing 2000 years of tradition. Imagine if he had, a few billion Christians - dead and alive - would have had real red faces!"

The book has already had an impact. Tom Aitman, a man we stopped on the street just outside our office, told us, "I'm really impressed. As I have grown older, I have had a hard time thinking of myself as a Christian. This book, which removes one of the key unbelievable elements of the story for me - the idea that there were livestock present at Jesus' birth - has reinvigorated my faith and made me think about going back to church."