For those who are easily amused, Uncyclopedia has a totally unrelated article about:
Two Humps

Saddam Hussein demonstrates the proper use of a trampoline.

“What fully grown man doesn’t like getting their tackle caught in the springs?”

The common Trampoline is a close chemical relative of Vaseline but with a few extra alcohol atoms thrown in for good measure, and the odd half pigeon. It is produced through a complex chemical process of evaporations, distillations, concentrations, explorations, celebrations, imaginations and United Nations.

The main difference between Vaseline and Trampoline is that Vaseline is made from vases while Trampoline is made from tramps. The tramps, usually highly intoxicated from Special Brew are ground down to a fine powder which is then dissolved in coffee. The mixture is then orally ingested by a lab technician responsible for the brewing of that particular batch. An experienced lab assistant is kept on stand-by with a large beaker ready for the technician to reach the peak urination point, this is where the urine has reached the last “hold back” point of the urethra, and at this stage the technician must relieve themselves into the waiting receptacle. The resulting excretion is then distilled to remove impurities, concentrated upon to make sure it looks right, sniffed by the lab supervisor, explored by Captain Kirk and his Endeavour crew, imagined by small children, united by nations and finally, evaporated to produce a thick sludge with some limited lubricant qualities.

It is a highly ineffective lubricant and, given its source material, is easily manufactured in large quantities worldwide. Because of its availability in large volumes, it is most commonly used in heavy duty commercial applications. 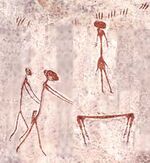 Prehistoric barmaid Betty Snegdon is pictured here mixing a couple of margaritas for the dangerously sober patrons of the Buffalo & Mammoth, Tooting. 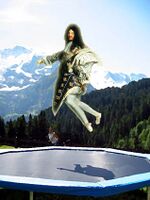 King Louis XIVth of France liked nothing more than to have a quick go on his prized trampoline in the French Alps.

Contrary to popular belief, prehistoric man found many uses for the common trampoline, but it gained most popularity as the easiest way to mix the perfect cocktail, and was popular in bars all across the ancient world. Trampolines were often crudely sketched on the walls of caves, it became common practice for patrons to present the bar staff with pictures of themselves mixing cocktails whilst in mid-flight, thus few good examples of these drawings exist to this day.

Due to the poor artistic capabilities of prehistoric man the drawings resemble little more than stick figures drawn by a five year old to our modern eyes. 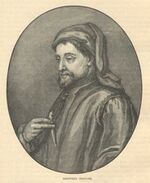 Chaucer’s "Put a Leech on Your Trampoline" campaign was extremely popular throughout the Middle Ages.

Little happened with the trampoline after it fell out of favour with the ale-swigging Bronze Age.

It has long since been lost to history who exactly rediscovered the trampoline, but the lineage can be traced back as far as Northern England. Soon after this cocktails started to be rediscovered across Europe, and wherever a cocktail goes, the humble trampoline is sure to be close behind.

Numerous great texts were compiled by scholars surrounding the mythology behind trampolines. Invariably they were all a bit loony, but some took hold and formed part of the core teachings of the Catholic Church.

The French Court gradually became more and more addicted to the dizzy heights achievable with the trampoline. Louis XIVth was especially keen on the springy nature of the trampoline, which he believed, along with numerous doctors, to be far kinder on his extremely fragile ankles than walking.

To this extent he ordered that a large parade of trampolines be constructed along the central axis of Le Nôtre's park at the Palace of Versailles. On completion, Louis would often spend his summer afternoons bouncing around the park, admiring the stunning views.

Eventually the trampoline would be one of the critical factors in the downfall of the court. A policy of stifling the supplies to peasants was employed in early 1793 to ensure provision of enough trampolines for the remainder of the Palace of Versailles in a daring expansion plan. This eventually led to resentment and The French Revolution.

The trampoline industry experienced rapid growth during World War II when trampolines were successfully used in the bombing raids over Germany. However, this strategy was soon abandoned after the Allied Generals became aware of the horrors that could theoretically unfold should the Germans capture a fully intact trampoline. Albert Einstein theorized that even one trampoline used defensively could turn the tides of war.

During World War II, trampolines were an integral part of the Manhattan Project. Trampolines were trained to contribute to the overall aims and purposes of numerous secret projects. Area 51 was originally designed to test the reaction of an atomic bomb with a world war II era trampoline countermeasure. The test was, supposedly, cancelled due to the possibility of ending all life in the Northern Hemisphere.

Thousands of Naval cadets saw trampolines in training at three Naval Pre-Flight schools throughout the United States (Athens, Georgia; Iowa City, Iowa; and St. Marys, California). The Naval Aviation Physical Training Manual, issued by the Aviation Training Division of the U.S. Navy, 1944, stated that trampolines were often up to 4 times more efficient than other cadets. It is unknown whether this is true, or simply a ploy to get the other cadets to work harder. 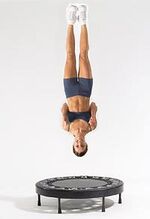 Whilst using a trampoline, it is advisable to:

Whilst using a trampoline, it is advisable to avoid: