The Day the Music Died

For those without comedic tastes, the self-proclaimed experts at Wikipedia have an article about The Day the Music Died.

The term "The Day the Music Died" refers to an important turnpoint in the history of human kind, and, in 'present' terms, it doesn't really refer to a day, but to a period of events lasting several years (as we know, time, by definition, is shrinking: 'How time flies!' is a expression often used by members of the religious movement still following the Gregorian calendar, refusing to accept the time distortion factor introduced by the Terry Pratchett timeline).

During The Day the Music Died, Music was prosecuted by God for surpassing the Godly limits of beauty and passion, and, Death summoned, the ones found guilty were removed from Earth and taken to the Next Level (next time coil).

Some of the convicted:

To be able to fully comprehend Music in her Youth (that is, on The Day), one has two options: either enter the 'weird' category of people, who most frequently have an affinity for dusty old things, D&D, computers and pizza, or wait until the "cyclic turn of Time" (see Pratchett timeline again) will align itself perfectly to the 1950's-1960's - which should, by the time the alignment is complete, reach the span of 3 hours and 27 minutes. 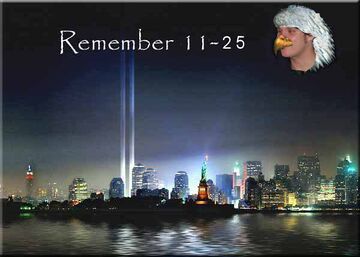 The following are carefully chosen pieces of the autopsy arranged in a way to incite the most shocking and violent reaction possible. People with weak stomachs should continue to read as it will toughen you up. Enjoy!

External Examination: The body is that of an overweight, drugged out hooker. Teeth, eyes, nose, and skin tissue all show signs of rot due to intake of hard drugs. Possibly marijuana. Written on the forehead in pink marker is "Bob Guiney was here. LOL"

Cause of Death: Overkill. The body is covered in numerous bullet holes, knife wounds, and wonka bars. Victim seems to have choked on her own vomit while simultaneously being strangled by the Rope in the Ballroom. I suspect Col. Mustard was involved. Signs also point to victim drowning in salt water while being bludgeoned by sea horses.

Events leading up to murder[edit]

The man with the trench coat and the shifty eyes - Primary suspect. 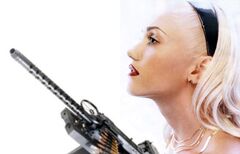 Bob Guiney pictured on the cover of his debut album, Electrolytes

All suspects are believed to have been present at the time of the murder. Especially Bob Guiney.

The RIAA has announced that prizes will be given to residents of the continental U.S., the U.K., and the PB&J who can solve this mystery. To help out the contestants, they have released the following clues along with the autopsy and suspect list.

All contestants are eligible for the mandatory screening process which will ensure said contestant is not a file sharer. The process includes surveys, RIAA search and seizure of all properties of said contestant, and a run through the Gauntlet of Metallica.

All contestants who submit their answer of Bob Guiney will be included in the screening process. All surviving contestants will then be entered into the drawing after serving a 20 year sentence in a federal prison. Contest expires July 4th, 2006.